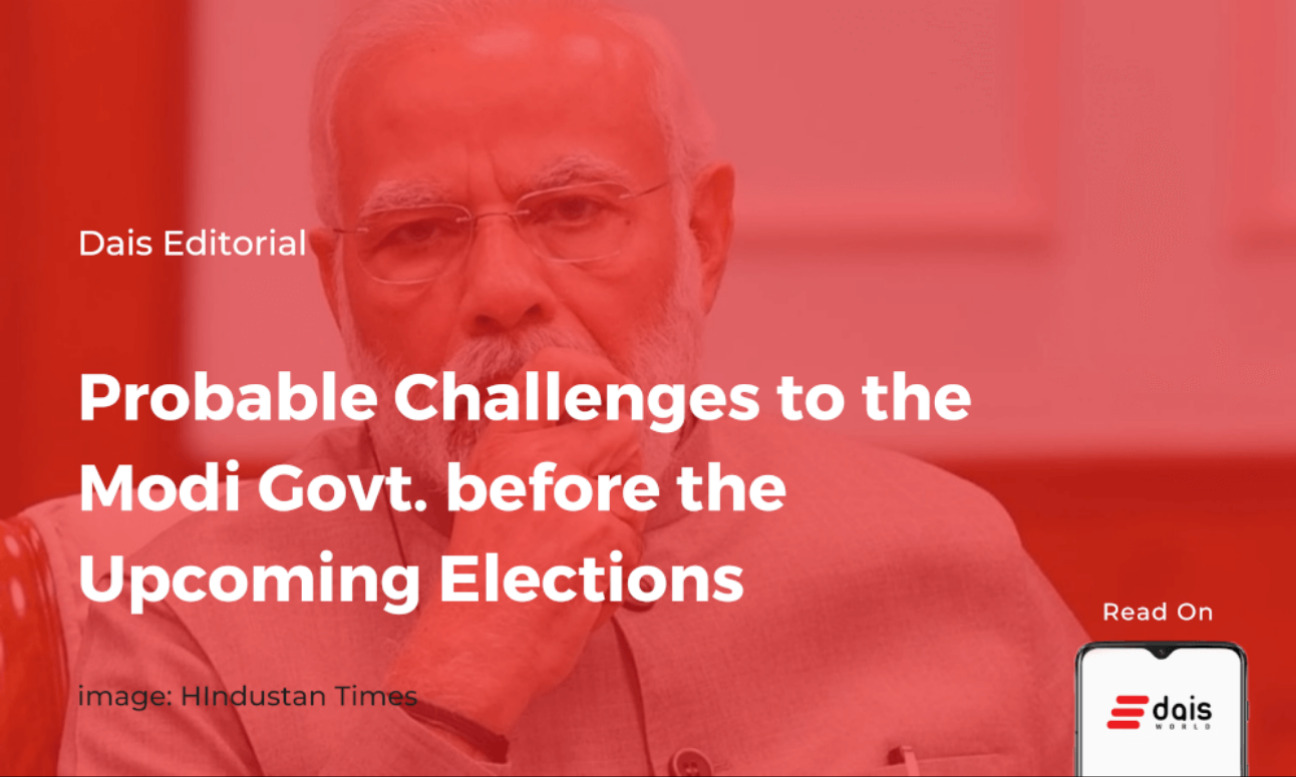 In November 2020, hundreds of thousands of farmers in India took to the streets, protesting the new farm laws. They rallied for months, (one year, four months, and two days to be precise) protesting 3 agricultural laws that were enacted on September 20 by the BJP-led government. The standoff between the farmers and the Indian government continued to intensify during this time.

As the government argued the changes will give farmers more freedom, farmers feared the new laws will cut their product prices with no means to protect them against the corporate takeover and inescapable exploitation.

The resistance, strength, hope, fearlessness, and success, everything that this protest stood for came with a price: the human cost. Around 700 farmers lost their lives fighting the state during the year-long protest. Seven hundred is not just a number, data, an estimation; it is much more than that.

From water cannons, tear-gasses, lathi-charge to brazen media trials, the protesters saw it all and still refused to budge.

After one scorching summer, bone-chilling winter in the Capital and numerous failed talks, the Parliament finally voted to scrap the controversial laws, after an astonishing U-turn by Prime Minister Narendra Modi and his government.

It might be a mere coincidence that Modi’s reversal came ahead of the Punjab-Haryana Assembly elections scheduled this year. There are several observations made about the timing of the decision to repeal.

The yearlong protests and massive backlash have cost some political setbacks for BJP, and the party seemingly needed to make some amends before it became too cumbersome. After the whole rhetoric, it remains to be seen which aspects of it weighed how much on the upcoming elections.

Although the opposition cannot take credit for the farmers’ massive victory, it would be naive to believe that they did not directly benefit from it. It is undeniably true that this issue single-handedly gave a basket full of brownie points to the opposition. The saffron party got it wrong this time, and it took them some time to realize that they needed some fixing before it was too late.

But these aren't the only planks on which the Opposition can trouble The Bharatiya Janata Party in the upcoming polls.

Here’s a list of 10 other thorny issues that could be used by the Opposition to threaten BJP’s claim to the Throne in the 2024 Lok Sabha Elections. 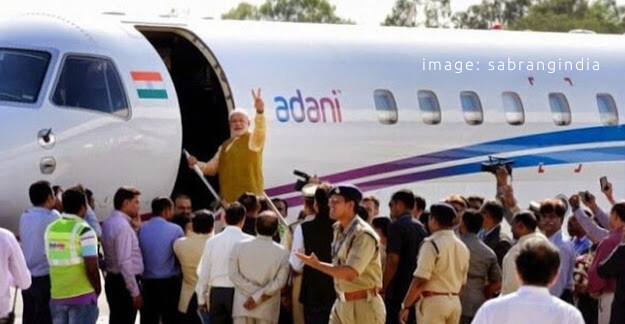 7 trade unions have staged demonstrations opposing privatization of various sectors. The Budget this year had announced a clutch of privatization measures, and the repeal further exposes the government to the risk of more vigilant protests from employees and the organizations to try and get these actions stalled, too.

Public sector employees across India are protesting against privatization and the calls are getting stronger every month. This could become a concern for the BJP as its key demographic and adherent supporters i.e., the urban middle-class is on the other side of the combat.

Despite the global crisis being nowhere near the end, the Modi regime has already begun celebrations instead of continuing the fight or offering support to the families devastated by the pandemic. Millions have lost their lives to the negligence of the system and many more will continue to do so, as the government is running ahead of itself.

The ghastly visuals of helpless migrants were barely starting to fade when the bodies of hundreds of people who lost their lives to the virus started floating on the bank of the Ganges. The traumatizing pandemic has taken a toll on the minds of the voters and it will take a lot to erase it just yet.

In his recent speech on a visit to West Bengal, Nobel laureate economist Abhijit Banerjee said, people in India are in “extreme pain” and the economy is still below the 2019 levels. It’s a zero-brainer that there is a massive economic advantage to being a society that uses its human resources well. So, if you discriminate against people of certain communities, you lose their talent and their productivity.

Jobless and eligible to vote, could be a deadly combination for the Government.

And in the current state of polarization, discrimination and oppression come in multiple layers, sometimes veiled and often ‘in-the-face’. Discrimination against Muslims, Christians, marginalized castes is now obviously out there in the face of brazen Hindutva. The economic consequence of that being: India has a talent pool that it is not drawing adequately on. And now this consequence is pinching the voter.

What has happened in the recent past is a testimony of the breakdown in law and order and the failure of the BJP government to control crime. From mob lynchings like the ones in Neemuch and the Singhu Border, communal violence in states like Tripura and Rajasthan to crimes committed against women, the list keeps growing. What makes it worse is that the perpetrators haven't been brought to book; could be a lack of political will to do so. Police brutality and civilian killings have escalated immensely too. The ones who are supposed to maintain law and order are now feared the most.

BJP’s mission to control crime is being perceived as warped towards political appeasement. While the upper caste Hindu seems to be getting a quick let-go, the minority is obviously receiving the shorter end of the stick. The voter has started to take notice of it and the Opposition is making a good show to ensure this doesn't get skipped.

Rajiv Bajaj, the outspoken managing director of Bajaj Auto, has openly criticized the Modi government’s policies for creating a “fear virus”. Time and again, politically glorified economic stunts like demonetization, Cryptocurrency Ban, rollback of farm laws are hurting the confidence of Businesses in their Government.

As it fails to bring the certainty and stability that it once promised, those driving the Nation’s economy are not happy and their dismay is palpable to the Opposition.

Do you rememer the banner reading ‘Resign Modi’ hanging at Westminster Bridge in London on 15th August, 2021?

In the past few years, the global community has painted India as a ‘flawed democracy’ and questioned its long-boasted-about secular structure. A country’s global perception has a direct impact on its trade relations and diplomatic ties with other countries. It affects foreign investments, international security, domestic jobs, import and even tourism.

India’s image has been tarnished to a point that a recent report by international agencies have concluded that India is now an elected autocracy. The distorted perception for a large democracy like India may create an imbalance in the global balance of power and efforts will be made by international powers to restore it back to normalcy.

While the CAA-NRC might not have come up as the most popular issue in the 2021 Assam Legislative Assembly election, a majority of voters have opposed the CAA. The lockdown imposed because of Covid-19 was able to break down the momentum of CAA protests and that has benefitted the BJP, for now.

However gone under the covers for a while, it appears that the issue could come back to haunt the party in the 2024 Lok Sabha elections.

One of the biggest promises that the BJP made during the election campaign was that of employment. BJP said they would develop high-impact domains like labour-intensive manufacturing and tourism to ensure maximum job creation in the country. But these promises don't seem to have been lived up to. And contrasting statements released from time to time confuses rather than clarifies. While agencies like the CMIE kept releasing research after research that put India's increase in unemployment numbers at alarming rates (Source: CMIE), politicians like Yogi Adityanath and Tejaswi Surya kept patting their Centre's back for the 'drastic fall' in unemployment during their regime.

This lack of clarity leaves enough room for the conjecture that is being fed by the opposition to a jobless, desperate population.

With new twists and turns in the controversy over Rafale fighter jet deal, the issue remains an all-time favourite for the opposition.

A new report by a French media outlet has re-ignited the long withstanding political debate over the purchase of Rafale aircraft for the Indian Air Force. To what extent can the Rafale deal become a key poll issue ahead of the 2024 elections remains to be seen.

Central agencies like CBI, ED, DRI, Income Tax, Narcotics Bureau are constantly being pressed into action during any political crisis for the optics or to send a message across that one simply cannot mess with the Government.

Bollywood, businesses, activists, journalists and even the common man, no one can escape the ultimate weapon of the Centre, if the Government has its way. These seemingly unbiased keepers of law are being blatantly unleashed on enemies of the ruling government. And the opposition is ensuring the common man retains the recall.

With the emergence of new political rivals and shiny new alternatives for the face of India’s next Prime Minister, the 2024 Lok Sabha election will be a sight to behold. As the opposition tries to figure out their strategy and mend broken alliances, it remains to be seen how the current incumbent BJP government under the able guidance of the Modi-Shah combine will tackle these to emerge third-time winner of the Great Indian Election!

We welcome you to come and fill us in with suggestions, feedback, additions and comments here assist@dais.world