Editorial > From Panama to Pandora: Leaked papers that tell the real story of the Rich & the Famous

From Panama to Pandora: Leaked papers that tell the real story of the Rich & the Famous 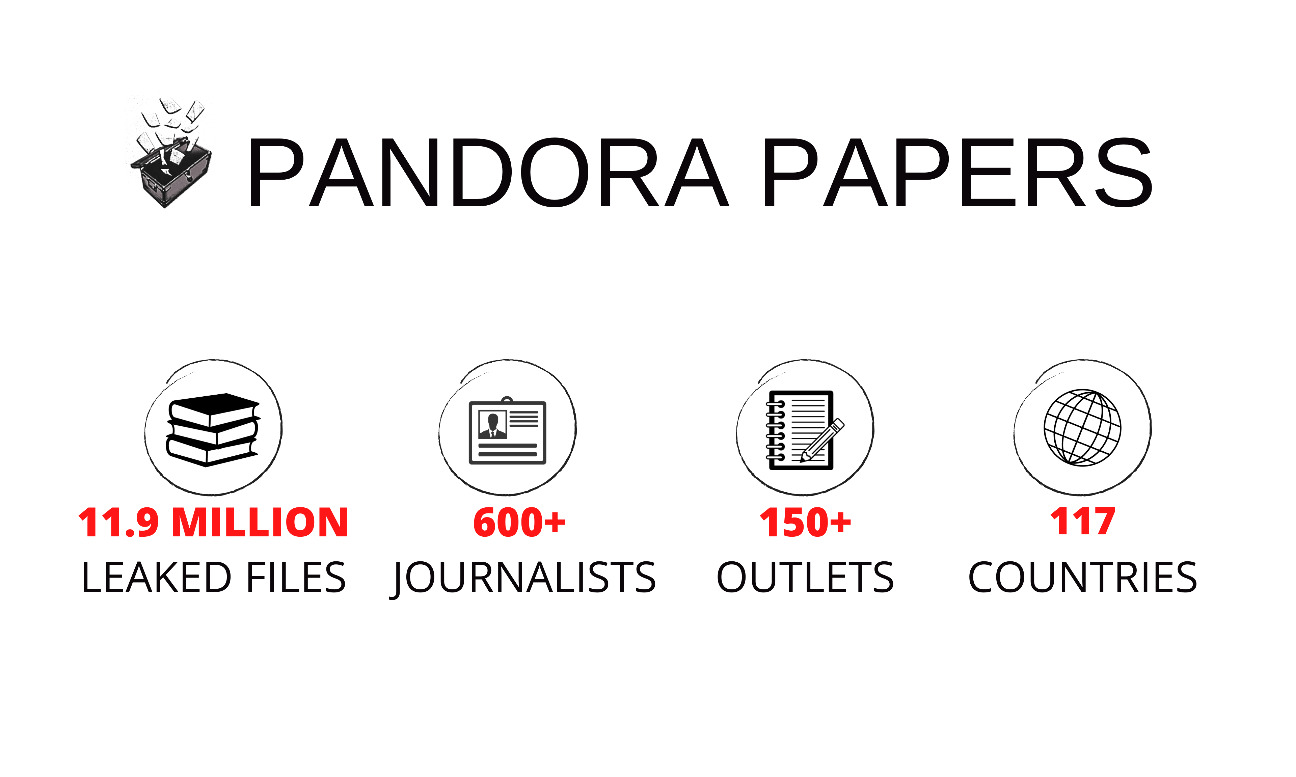 11.5 million financial and legal records exposing the ugly truth behind the glitz and glamour of the uber-rich – so were defined in the Panama papers when they were uncovered in the year 2016.

214,488 offshore entities belonging to wealthy individuals across 200 countries revealing secret bank accounts, lavish assets, shadow businesses and shell companies in over 21 tax-avoiding outposts ranging from Singapore to the British Virgin Islands – The Panama papers did some severe damage, atleast from the looks of it.

“This is an earthquake, the aftershocks will continue for years to come,” prophesized CNN.

“Only a glimpse into the astonishing wealth stashed offshore,” claimed CBC.

But irrespective of who said what, one emotion was common across journalists, opinion pieces and newsmakers worldwide – The systems blatantly favour the wealthy and this is a wake-up call for Governments to finally nail these perpetrators to the wall. They must be made to pay for the billions they are costing in tax dollars to their respective countries each year.

Names of heads of states, scam fugitives and celebrities got called out in the same breath – with criminal investigations being initiated overnight and heavily-publicized recoveries becoming the order of the day. That was then – almost half a decade ago.

Its 2021. And here we are again. This time, it’s a more descriptive name but the contents remain similar – Exposing yet another round of tax escapism, kleptocracy and money laundering that has deprived nations of rightfully receivable tax payments from those who are required to pay them the most. This time, they are called The Pandora papers!

A Primer: The Pandora Papers

“The largest investigation in journalism history that exposes a shadow financial system concerning the world’s most rich and powerful.”- ICIJ on the Pandora Papers

Around 600 journalists from 117 countries came together in a massive uncovering of over 11.9 million files containing data from 1996 to 2020 of offshore companies and trusts in tax havens of the rich and famous. All this was loaded on the search engine ‘Datashare’ for public access.

These findings, named the Pandora Papers, show how, by taking advantage of the loopholes in tax jurisdictions as well as the relaxed laws of these tax havens – public icons like Shakira, Vladimir Putin, Imran Khan, Tony Blair, Sachin Tendulkar and hundreds of other such wealthy billionaires hid millions away for their generations to come. In fact, one major finding was that several rich Indians routinely set up offshore entities in countries like the UK that support loose tax regulations in order to avoid taxes in India.

Ofcourse, this still is a tip of the massive iceberg that in all accounts for over $11trillion in undeclared assets generating annual taxation losses of over $182 Billion dollars! A tip we say, because this is not the first time such information leaks have surfaced – there have been LuxLeaks, Panama Papers, Paradise Papers and such others that still apparently leave out thousands of such transactions safely hidden away till their turn arrives.

This leak alone is not a complete disclosure – there are 2.94 Terrabytes of data that expose the dirty secrets of the wealthy elite in the Pandora papers alone. So now you know that this is barely scraping the surface?!

The Tax Havens: Which are these and WHY do they exist?

A tax haven is a country with zero or near zero taxation - a stark contrast from most nations where taxation for the wealthy runs upwards of 30% of their earnings.

Countries like Switzerland, Panama, Luxembourg, The British Virgin Islands, The Bahamas, The Cayman Islands offer not only tax immunity but also information immunity to the rich and famous by giving them a safe place to park their assets without any financial or tax-related disclosure to their home countries. Most of them don’t even require you to be a resident or own a business locally – and offer extreme privacy and discretion.

Typically, a shell entity is set up outside of one’s home country in one of these tax havens. A shell entity is one whose reason of existence is only to hide away money – it has no business purpose, often no office and no staff, paid directors and authorized signatories and no direct trail of the real owners of the money invested via the entity.

Funds from the home country are routed to these havens changing several hands across individuals, offshore companies, LLP structures, Trusts etc. and invested in these shell entities. Once done, the signatories route the funds back to assets all over the world, investing on the real owners’ behalf but under so many layers that it is near-impossible to determine the source where it all came from. Since earnings of these entities are liable to tax in their home country – which is any case a tax haven – the funds become free from any kind of taxation and legitimacy.

Crimes like embezzlement, fraud, money laundering are natural byproducts of such gimmickry.

It is little wonder then that an Anil Ambani, who declared himself bankrupt in the UK courts, holds 18 offshore companies in his name – so now we derive where the money borrowed from banks allegedly went.

The ones we know are the ones we fear – one does expect a Nirav Modi and a Vijay Mallya to be on a list like that. But a Sachin Tendulkar and a Kiran Majumdar Shaw being on the same list as the known swindlers is definitely a shocker for the icon-loving Indian.

It is said that diamantaire-fugitive Nirav Modi had his sister set up an offshore account just a month before he fled India. Corporate lobbyist Niira Radia, famous for her ‘radio tapes controversy’ and the 2G spectrum Scam, also has offshore accounts. Cox and Kings’ Ajit Kerkar set up two trusts in the British Virgin Islands in 2010. The stories of some of the international stars like Shakira, Elton John and Ringo Starr exemplify how expensive yachts, private jets and swanky real estate is bought without paying a penny in taxes – celebrity style!

It almost became like a fashion statement for 2021 – if your name is not in the papers, perhaps you still aren’t worth your salt.

Leaks After Leaks: But we are not surprised! 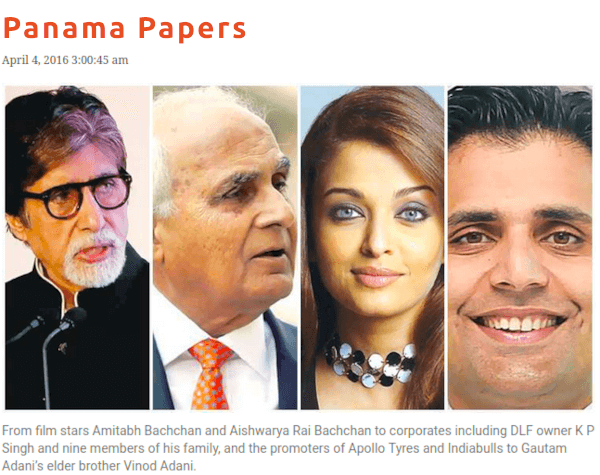 n we were young, the first few lessons to us always comprised of the need to become good citizens. No parent raises their child to be a crook – a common childhood lesson is to always follow the laws of the land. But these ‘learnings’ don’t come from the parents alone.

Celebrities too preach from their positions of privilege – keep your surroundings clean, support green energy and oh this one’s our growing favourite now – pay your taxes on time. Pictures of ‘honest actors’ (aka Amitabh Bachchan, Shah Rukh Khan, Akshay Kumar etc.) were splashed across front pages showing them diligently paying their taxes in time – sometimes even awarded for this ’feat’ – all in the hope that us commoners will feel guilty enough to follow suit.

Surprisingly though, we wish we had known better then. But now we do. The Panama, Pandora, Paradise papers do not shake us to the extent they hoped they would. Perhaps with the recent spate of events that have unmasked our so-called idols (drugs, nepotism, exploitations et al) we would be foolish to still be the least bit surprised as they add one more feather to their nefarious caps. It is almost a given that this too would be one of their many ‘routine activities’.

While it's not all hunky-dory on the other side either - Those who have been round-tripping funds for generations are now also troubled at the frequency of these exposes and are doubting the sanctity of the ‘utmost secrecy’ promises of their tax havens.

Leaks from Pandora Papers carried out by the International Consortium of Investigative Journalists and many other media companies around the globe have startled the whole world at a crucial time when there is a visible difference between the haves and the have-nots, ever-increasing, with the pandemic further amplifying the differences between them.

Years of fraudulent transactions, scams and court cases – and yet here we are! Year after year, some new leaks expose how the rich (for whom the taxation system was actually drawn out) escape the claws of their country’s legal and tax jurisdictions. While the forcefully honest taxpayers like salaried individuals and small business owners pay through their noses to keep their negligible balance sheets clean for the system.

As the wealthy guard their valuable resources against local and global taxation and safely tuck their possessions away in tax havens– we often wonder if the so-called legalities only apply to a handful of us.

The first question is obvious - Is it really fair?

The second question is even more obvious – what was the Government doing?

While the answer to both these questions rests in the rhetoric, we know the solutions announced are often just that – announcements with no real follow through on action and plans to bring these serial offenders to book.

Often brings the common man to wonder if the laws of the land become non-existent for those who cross a certain net worthwhile becoming a noose around the necks of those existing below it.

You are reading a Dais Editorial @2021