Editorial > The Incredible Rise of The Indian Chess Grandmasters

The Incredible Rise of The Indian Chess Grandmasters 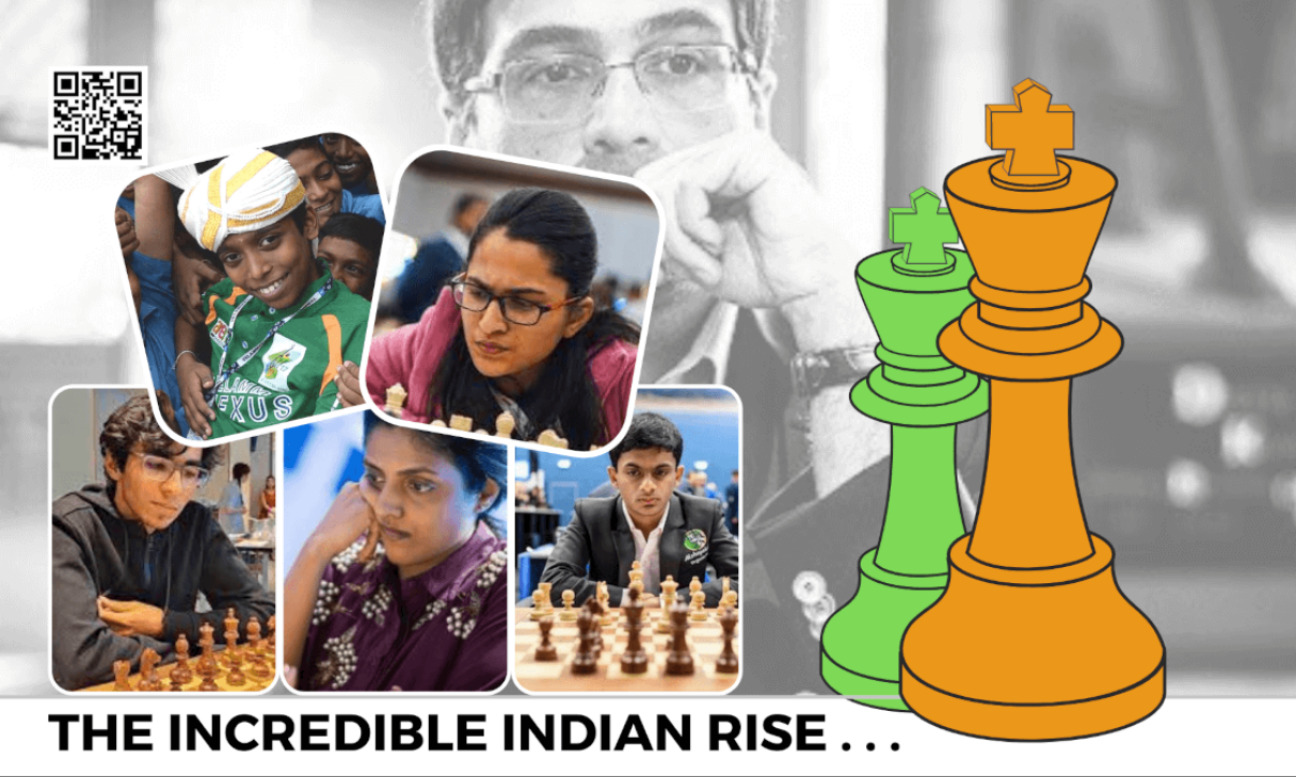 Chess is India’s gift to the world. It is believed that the game initially originated here in the 8th century and since then has taken over the world like a storm.

When we think of the term ‘Grandmaster,’ names like the national hero Vishwanathan Anand and Bobby Fischer for the cult classic ‘Searching for Bobby Fischer’ pop into our heads.

But how does one achieve the rank of a Grandmaster?

The world chess organization FIDE rewards this title to the chess players they find worthy by analysing ratings and a lot more. Other than the World Champion, Grandmaster is the highest title a player could earn which sticks with the player’s name for life. While ratings are established by going head-to-head against other players considering the ratings of both the players followed by averaging out the ratings of all the opponents one has faced. They’re calculated after the tournament or a match is over. All the grandmasters we see today have started young, worked hard, played tournaments, scored the three norms and earned a 2500 FIDE rating.

The title of Grandmaster requires rigorous training, sacrifices, and obsessive focus which could be toxic to an individual’s life. But it’s a price the players are willing to pay for their nation and the glorious title.

A wise man once said ‘anybody can play chess as long as they’re willing to work hard'. It is not just grown men in our nation that have been dominating the sport at the global level, women and child prodigies too are taking the spotlight at the game. All we have to do is to look at the sensational 16-year-old Wizkid Rameshbabu Praggnanandha who did the impossible task of defeating the 31-year-old International Grandmaster Magnus Carlsen (then ranked 1st in the world) in just 39 moves. A true chess prodigy! Rameshbabu is the fifth-youngest person to ever achieve the title of Grandmaster in the history of the sport.

It would be unjust to forget to mention the likes of...

In 2020, Koneru won the BBC sportswomen of the year award.

She is known for the FIDE rapid women’s chess championship in 2019. At the age of 15 in 2002 she achieved the title of Grandmaster in Chess. In 2020, Koneru won the BBC sportswomen of the year award.

Nihal Sarin achieved the title of Grandmaster at the age of 14 in 2018. He won the Under-18 World Youth Championship held online in 2020. Sarin was the youngest player to play the World Cup for India in 2019.

In 2021, Vantika achieved the title of Grandmaster from FIDE. She has won the Bronze medal in the World Youth Chess Championship in the Under-14 girl’s age group. She was named the Woman International Grandmaster in 2017.

The man, the myth, the legend Viswanathan Anand has conquered everything there is to conquer in the chess world.  From winning the FIDE World Rapid Chess Championship in 2003 and 2017, the World Blitz Cup in 2000, and numerous other top-level rapid and blitz events to being the first recipient of the Rajiv Gandhi Khel Ratna Award in 1991–92, India's highest sporting honour, Anand has it all!

Each is the leading grandmaster in their division.

India has been posting unreal numbers in this domain, having a total of 73 Grandmasters and 125 International Masters. It is the 4th highest ranked country after Russia, the United States and China. Up until 2010, India had a total of 23 Grandmasters, but that number has sky-rocketed to 73 since then. Padma Vibhushan Viswanathan Anand became the first Indian to win the title of ‘GrandMaster’ in 1988. And since then, the nation hasn’t looked back with the rise of 22 additional Grandmasters, including a female Grandmaster of just 22 years.

Ever since then, India has produced chess Grandmasters at an astonishing staggering rate. A total of 49 Grandmasters have risen from India between 2011 to November 9, 2021. For a decade, the stats are mind-boggling!

In the past few decades, India has opened borders for international travel, enabling more players to travel worldwide and take an active part in chess competitions and tournaments. The ease of getting a visa has also been a contributing factor to the rising numbers of Grandmasters in India.

Alongside this, the rise of the internet has encouraged children and adults to play chess, sharpen their knowledge through online courses and available reading materials and hone their skills by playing online with anonymous players from abroad countries.

The game has also gained grassroot popularity in India, as several schools in Delhi, Gujarat, Tamil Nadu and West Bengal have introduced chess as a part of the schools’ curriculum. Today, India has around 10,000 official chess players and the numbers are growing at an exponential rate.

However, the game still has a long road towards gaining popularity nationwide. In a country that is populated with cricket fanatics, which has also emerged as a billion-dollar industry in India, the popularity of cricket often comes as compensation for other games. Poor infrastructure, lack of trained mentors, good sponsors, lack of monetary incentives and other resources are some of the major challenges that are withholding the rapid growth of chess in India.

Even though changes are much expected, it is foolish to not acknowledge the rapid ascend of India in the global rankings. We suggest everybody keep an eye out for the next Indian chess prodigy, for there are many in waiting for the right moment to strike and they can check-mate the Whole Chess World.

We welcome you to come and fill us in with suggestions, feedback, additions and comments here assist@dais.world