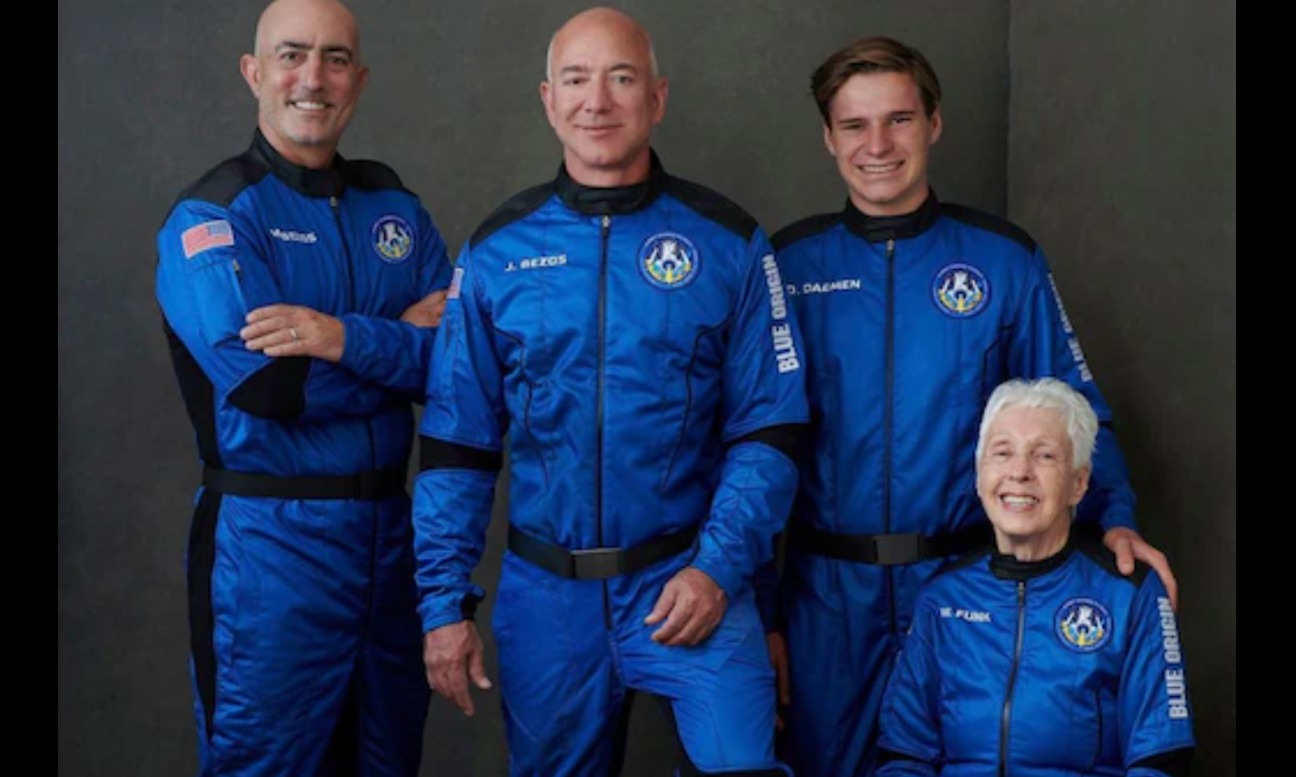 A Blue Origin capsule carrying the wealthiest man on the planet Jeff Bezos, his younger brother Mark, an 82-year-old female pilot, and a high school graduate touched down in the west Texas desert after breaching the boundary of space, the company’s live broadcast showed.

The spaceship floated down on three giant parachutes before firing a retro thruster, sending up a cloud of sand as it gently landed at one or two miles (kilometers) an hour.