News > ‘You will always be my champion’: Actor Siddharth apologises for tweet about Saina Nehwal

‘You will always be my champion’: Actor Siddharth apologises for tweet about Saina Nehwal 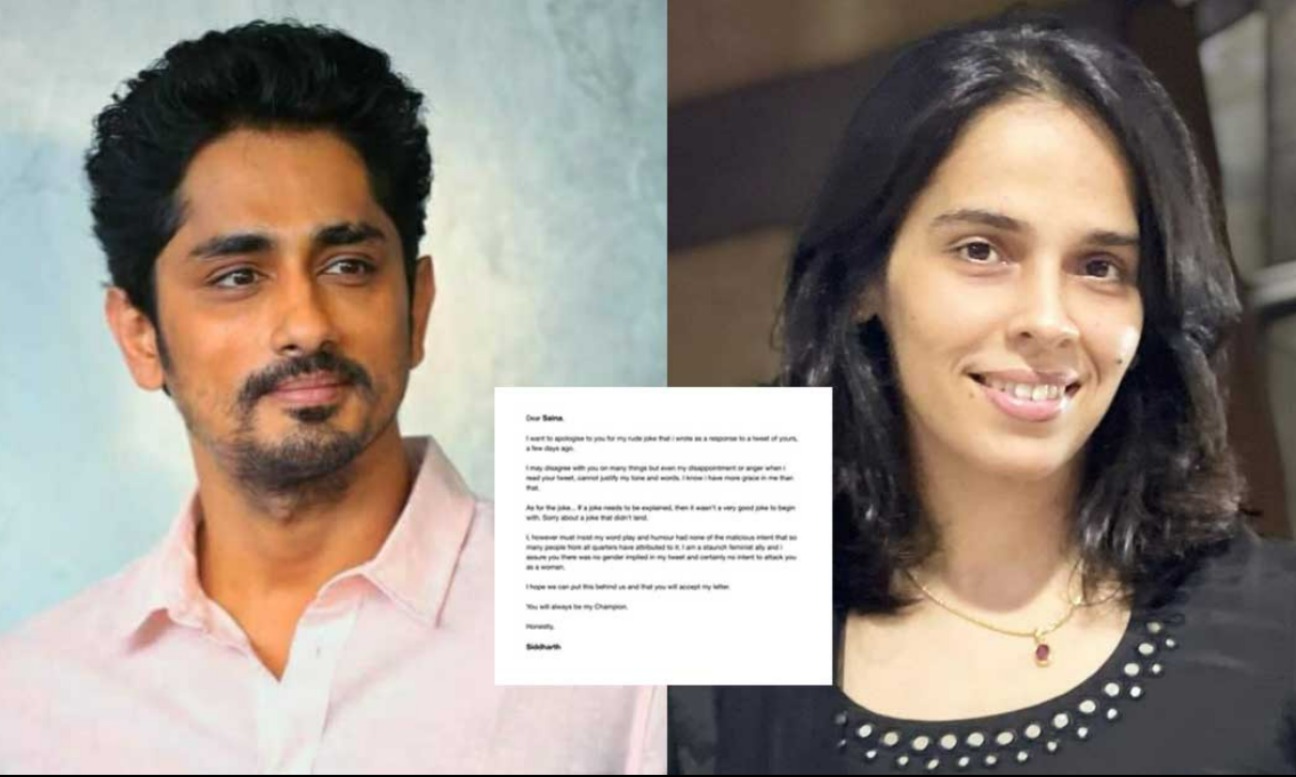 Actor Siddharth on Tuesday apologised to badminton player Saina Nehwal two days after making a seemingly sexual slur at her. “You will always be my Champion,” Siddharth said to Nehwal in a letter posted on Twitter. He wrote the letter after facing a major backlash on social media for his comments.

“As for the joke...If a joke needs to be explained, then it wasn’t a very good joke to begin with,” he added. “Sorry about a joke that didn’t land.” Siddharth, however, claimed that he had not posted the tweet with any malicious intent. “I am a staunch feminist ally and I assure you there was no gender implied" he added.