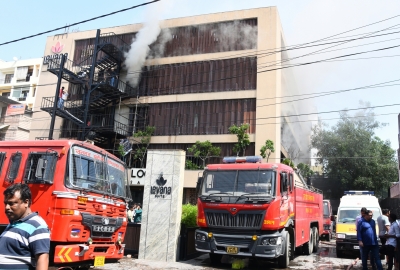 Four persons were killed and seven others suffered burn injuries after a fire broke out at a hotel in Hazratganj area of the city Monday. According to Joint police commissioner Piyush Mordia, the fire at the Levana hotel has been extinguished.

Meanwhile, the state government has issued an advisory asking the officials concerned to check fire arrangements in hotels, restaurants, hospitals and other public places to check recurrence of such incidents.