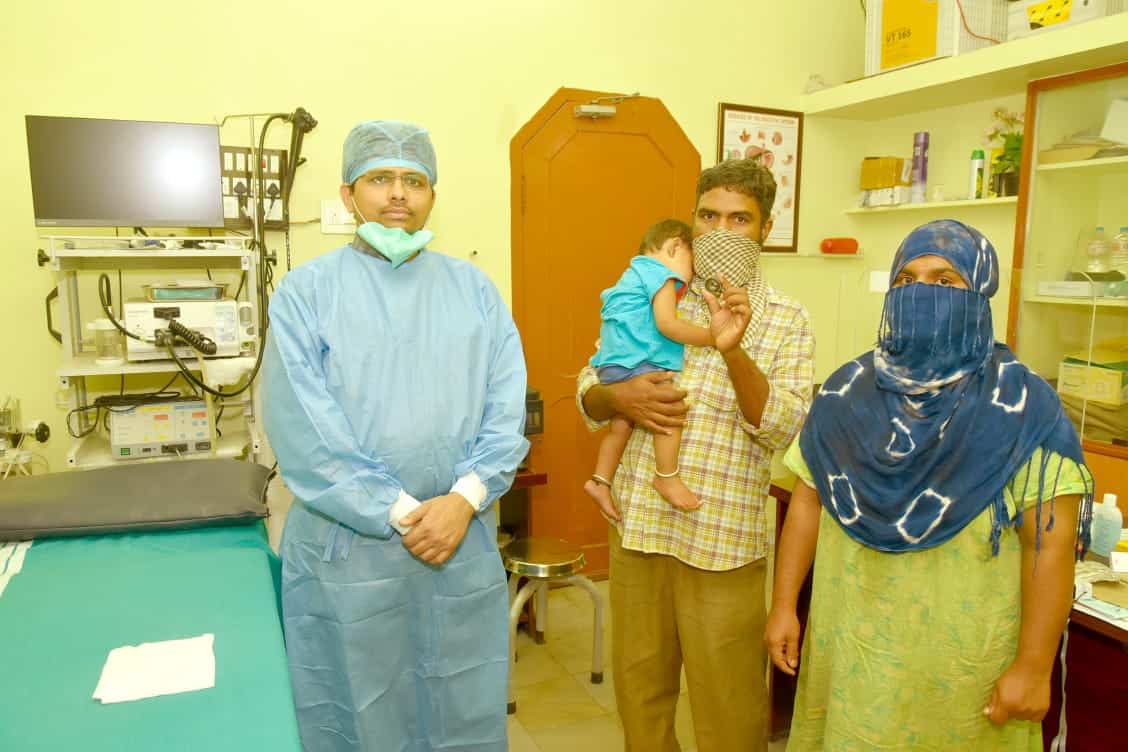 In a shocking incident, a 6-month-old in Kurnool swallowed a 5cm-wide bicycle bearing which led to her facing difficulty in breathing. The doctors had to perform a rare surgery to remove the bearing from the child's throat.

Consultant gastroenterologist Dr. L. Rajendra Prasad of Kurnool Institute of Medical Sciences (KIMS) explained the procedure, “Immediately, we made some space in the esophagus using emergency endoscopy equipment and then carefully removed the foreign object (bicycle bearing) with Maggle Forceps.”