News > Anushka Sharma confirms ‘KatVic’ will be her new neighbours

Anushka Sharma confirms ‘KatVic’ will be her new neighbours 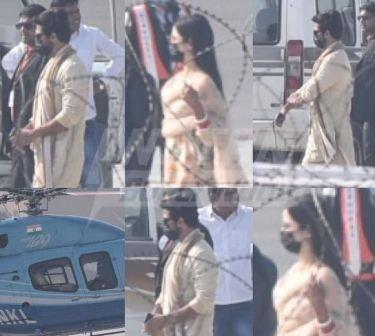 Vicky Kaushal and Katrina Kaif, who became husband and wife Thursday, will soon move into a new plush apartment in Mumbai's Juhu neighbourhood, where Anushka Sharma and her husband, Team India's Test captain, Virat Kohli, will be their neighbours.

Anushka, took to Instagram and shared Katrina's post with pictures of the couple. Anushka wrote in the caption: "Congratulations to both of you beautiful people! Wishing you guys a lifetime of togetherness, love and understanding."