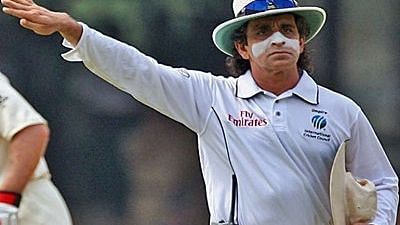 Asad Rauf, a Pakistani cricket umpire and cricketer who had a life full of ups and downs and had many stories to tell, marked his exit today due to a cardiac arrest.

Rauf had a golden era of life while he was selected as a member of the ICC Elite Umpire Panel from 2006 to 2013, had done World Cup umpiring and umpiring in the Indian Premier League (IPL), and then a downfall with the allegations of having been involved in match-fixing and spot-fixing of cricket matches.