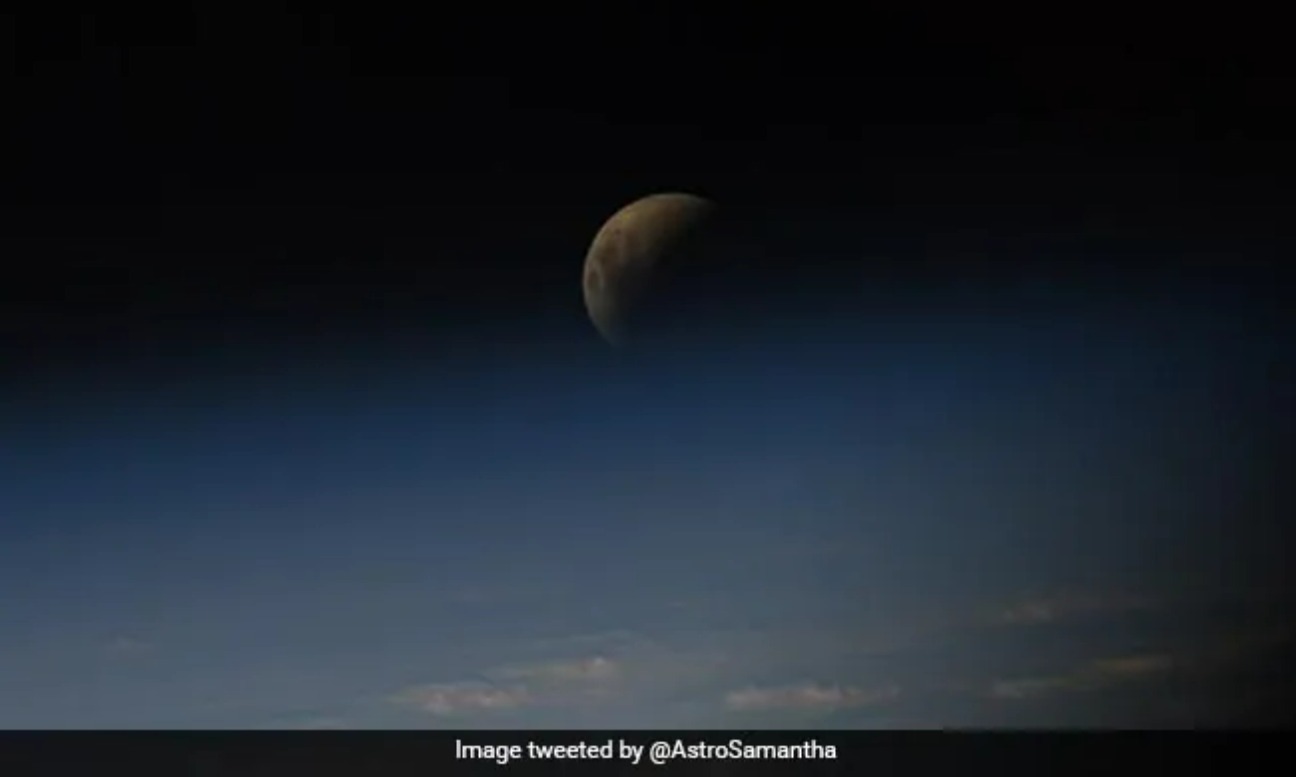 The first total lunar eclipse of the year created a lot of buzz on the planet. People in some countries - mostly in South America - were able to take a good look at the Moon during the celestial event, while others were not so lucky.

But thousands of kilometres up in the space, at the International Space Station (ISS), astronauts were able to capture the magnificent phenomenon from zero gravity.