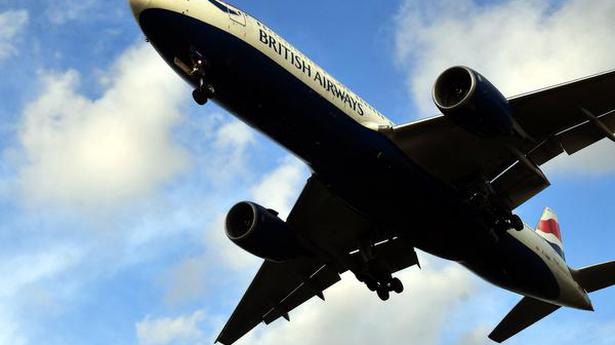 The Ministry of Civil Aviation (MoCA) has increased the cap on special flights that operate between India and the U.K. from 30 to 60 flights per week from August 16 onwards. The ministry's decision has come five days after Sanjeev Gupta, Secretary, Inter-State Council Secretariat, had complained on Twitter that an economy-class ticket on Delhi-London flights of British Airways, Air India and Vistara for August 26 was priced between ₹1.2 lakh and ₹3.95 lakh.

On Thursday, the MoCA said the increase in the cap "will be effective from August 16, 2021, and will remain valid till further orders or till the resumption of scheduled international commercial passenger services, whichever is earlier". "Out of the 30 frequencies per week available to Indian carriers, 26 frequencies have been allotted to Air India and the remaining 4 frequencies have been allotted to Vistara Airlines," it mentioned.