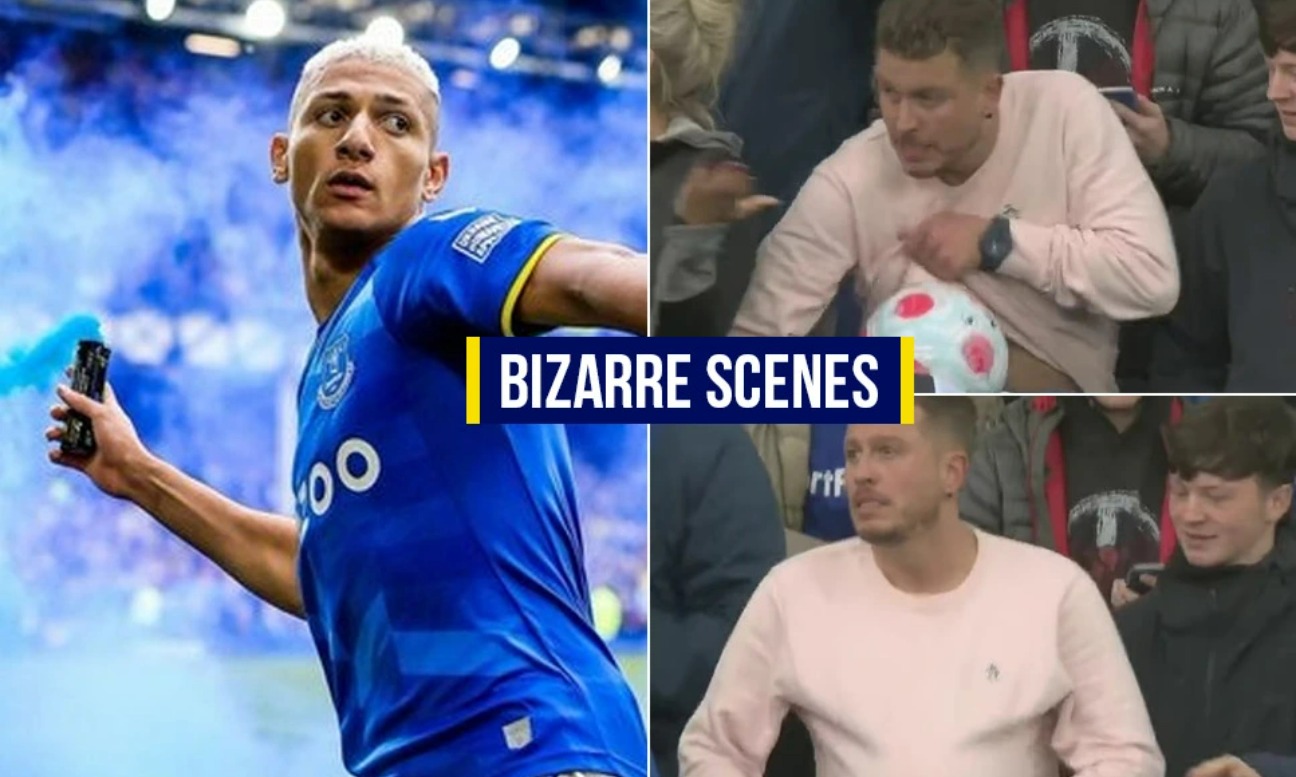 The Everton vs Chelsea clash on Sunday saw the Toffees registering a surprising 1-0 win over the Blues, but that was not the only surprising incident in a match that was marred by bizarre scenes.

Given that Everton is on the brink of relegation, they were likely to give their all in this game and they did likewise, with a 46th-minute goal from Richarlison securing all three points for them. However, the Brazilian might be banned for the next three matches as while celebrating, he threw a flare into the crowd.