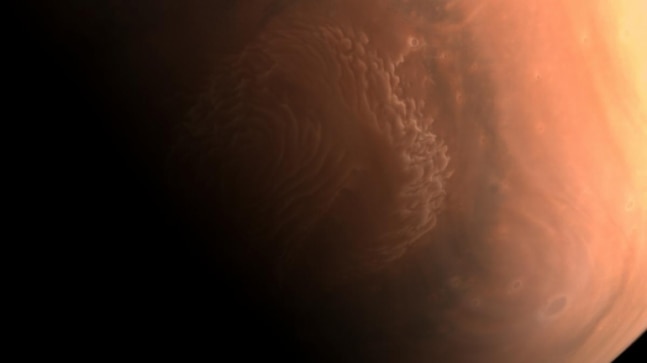 China's national space agency Sunday released stunning high-resolution images of Mars captured by its Tianwen-1 probe, which is currently orbiting the Red planet. Launched on July 23 of last year, Tianwen-1 has covered a distance of 475 million km over a period of 224 days.

Martian landforms such as small craters, mountain ridges, and dunes are clearly visible in the images. It is estimated that the diameter of the largest impact crater in the images is around 620 meters.