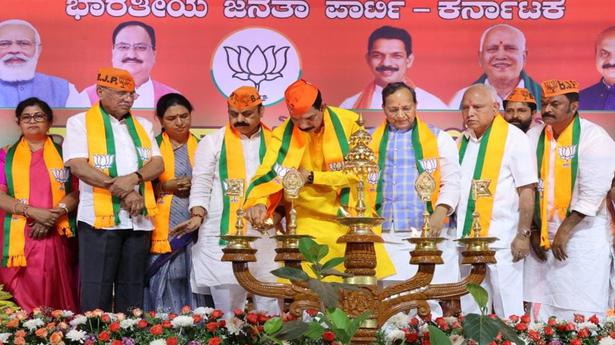 As the Congress upped its ante on corruption charges against the ruling BJP and held protests in various parts of the State, Chief Minister Basavaraj Bommai at the party’s State executive meeting that began on Saturday in Hosapete described the principal

The opposition party was a “river of corruption” and said it would sink in the 2023 Assembly elections. At the launch of the two-day meeting, he said Congress was the fountainhead of corruption in the country.