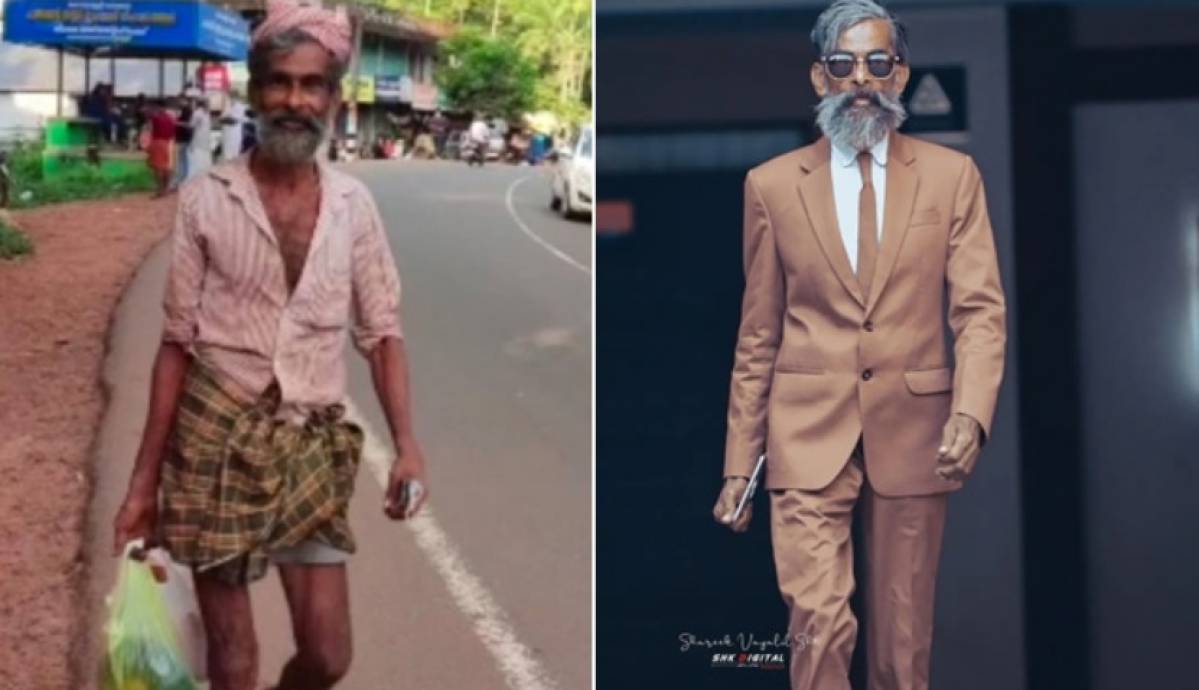 A 60-year-old man from Kozhikode used to be a daily wage labourer, dressed in a faded lungi and shirt. But thanks to a photographer, he is now rocking the internet with his model-like appearance.

The man, identified as Mammikka is now and model. He recently wrapped up a promotional photoshoot for a local firm. Wearing a brown suit and brown tie, Mammika posed with an iPad. But before that, he received a complete makeover at a salon.