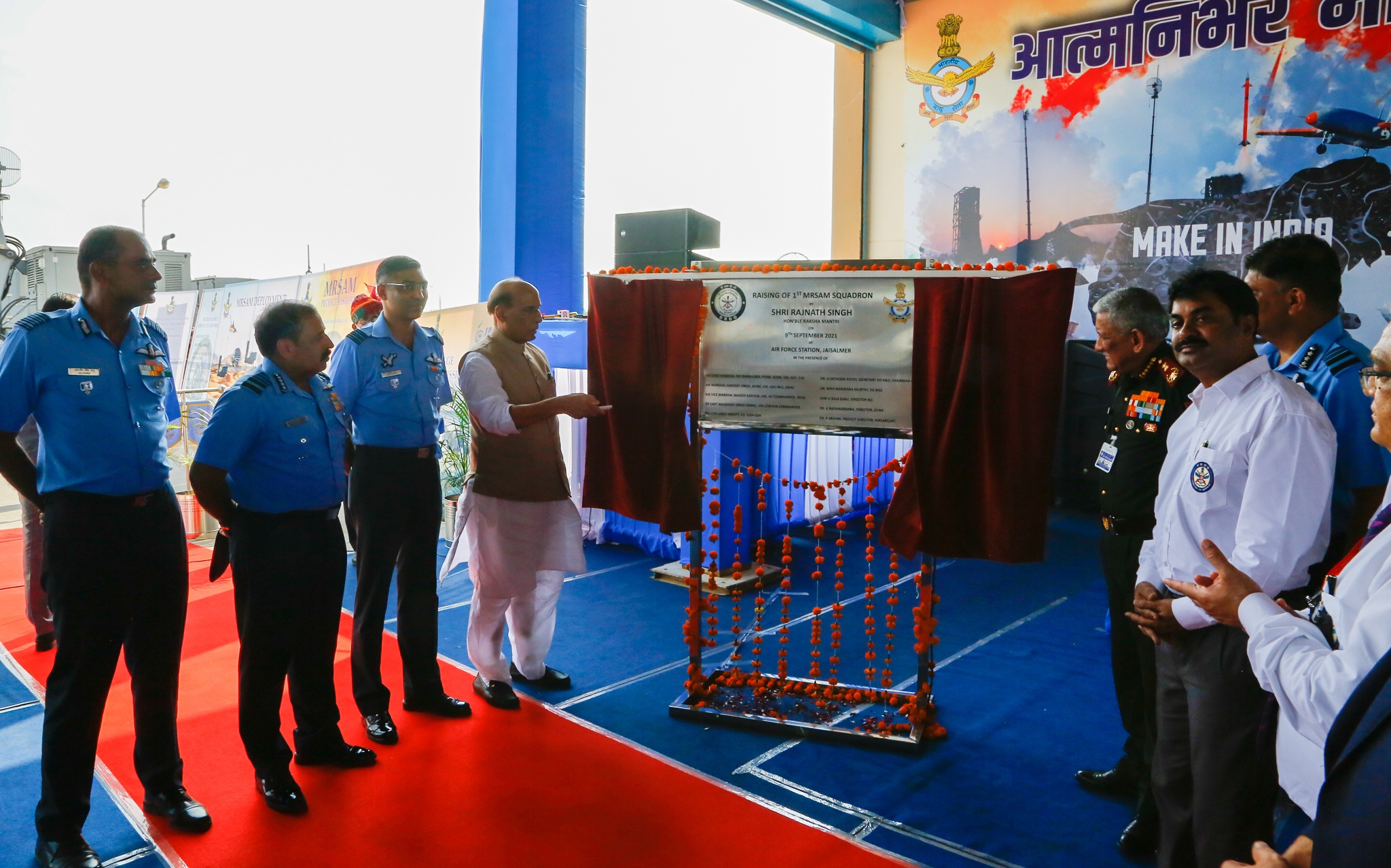 The first deliverable Firing Unit (FU) of Medium Range Surface to Air Missile (MRSAM) System was handed over to IAF in the presence of Defence Minister Rajnath Singh at Air Force Station, Jaisalmer in Rajasthan on Thursday.

“With the handing over of MRSAM system to IAF, we have taken a giant leap towards achieving ‘Aatmanirbhar Bharat’ as envisioned by our PM Shri Narendra Modi. It will prove to be a game changer in the air-defence-system,” Singh said.