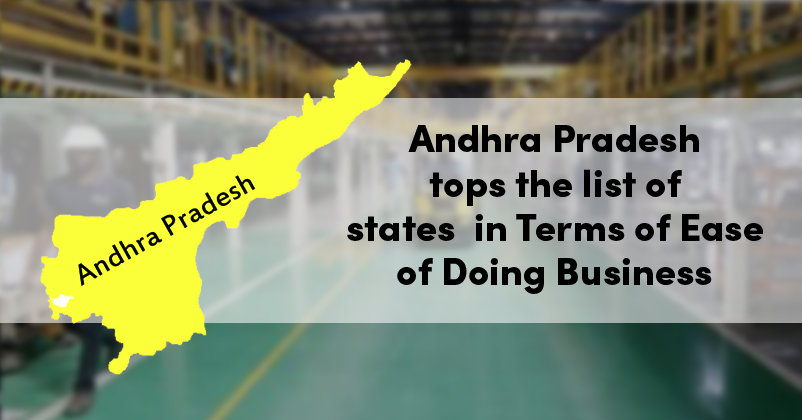 BRAP -2019, has ranked the states in order of representing ease of doing business for Atmanirbhar Bharat.

In the ranking, Andhra Pradesh retained the first place. While Uttar Pradesh stood in the second position, Telangana bagged the third spot in the overall ranking of the state business process reforms undertaken during 2019. This ranking of states has been done by the World Bank since 2015 and facilitated by the Department of Industrial Policy and Promotion.