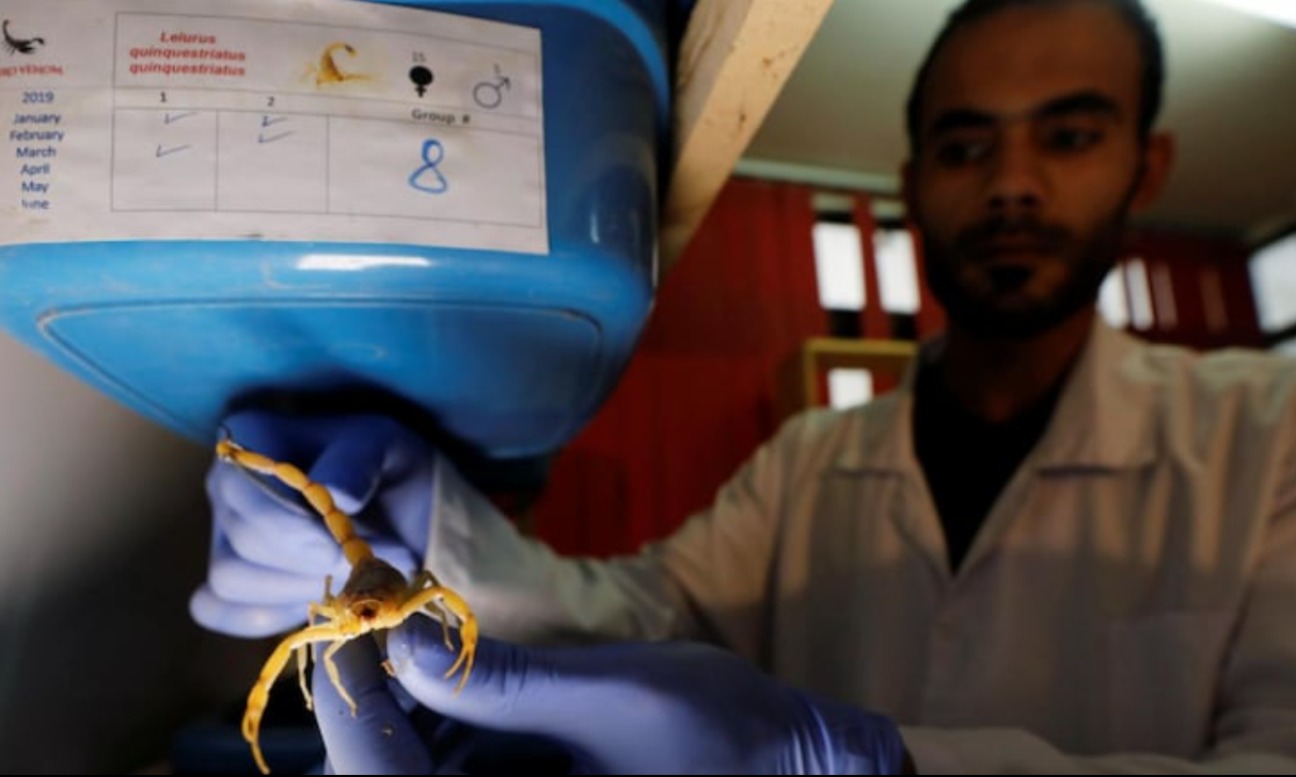 A young man from Egypt left his studies to hunt scorpions in the country's deserts and shores. Mohamed Hamdy Boshta, thereafter, extracts venom from the scorpions for medicinal use.

The scorpions are captured using a coloured UV light. They are exposed to a tiny electric current to stimulate the release of the venom, one gram of which can produce between 20,000 and 50,000 doses of antivenom. A gram of scorpion venom can fetch around USD 10,000.