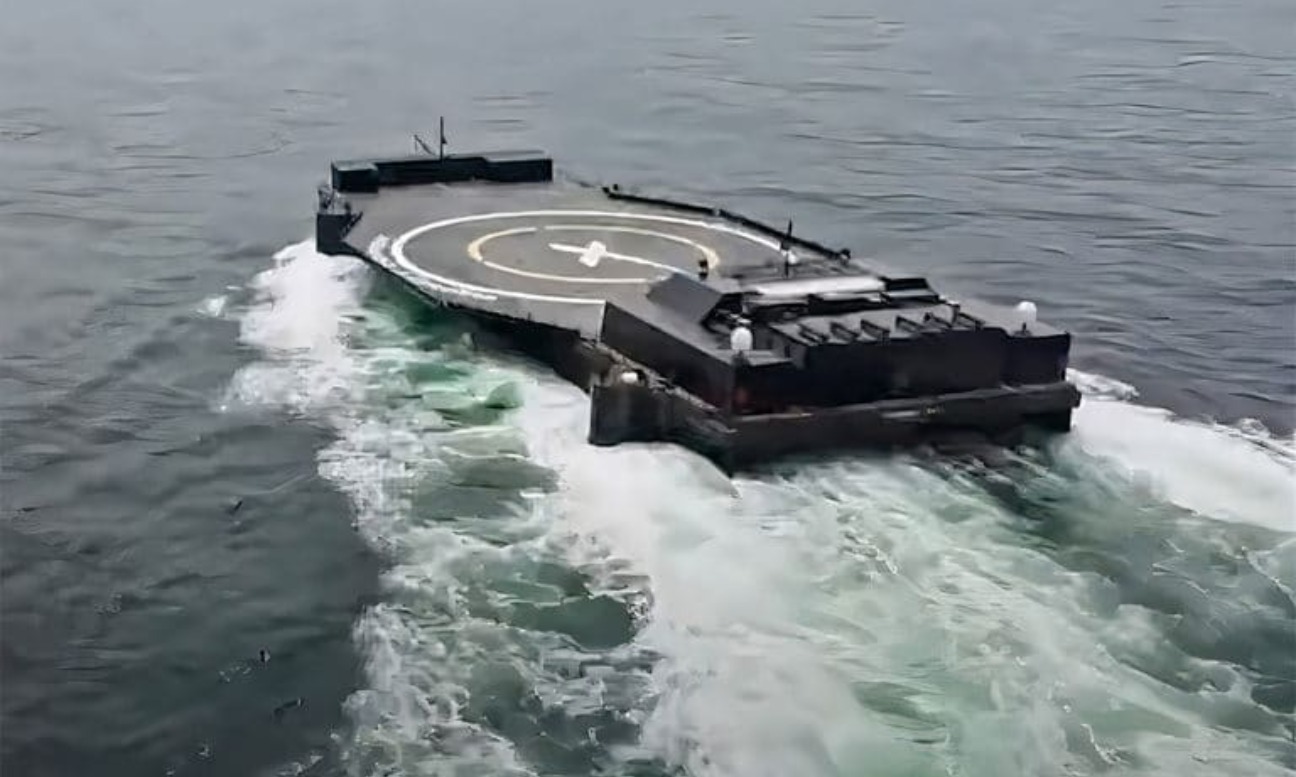 SpaceX CEO Elon Musk revealed the new autonomous Spaceport drone ship ‘A Shortfall of Gravitas (ASOG)’ on Twitter with aerial footage of the completed drone ship in the Gulf of Mexico while undergoing its first sea trials.

The new floating platform for rocket landing stands out because it works autonomously, that is, with no tugboat required to take it to the nearby launch site. The platform will be supporting Falcon 9 and Falcon Heavy missions launching.