News > Fire Rages In The Middle Of Ocean Near Mexico

Fire Rages In The Middle Of Ocean Near Mexico 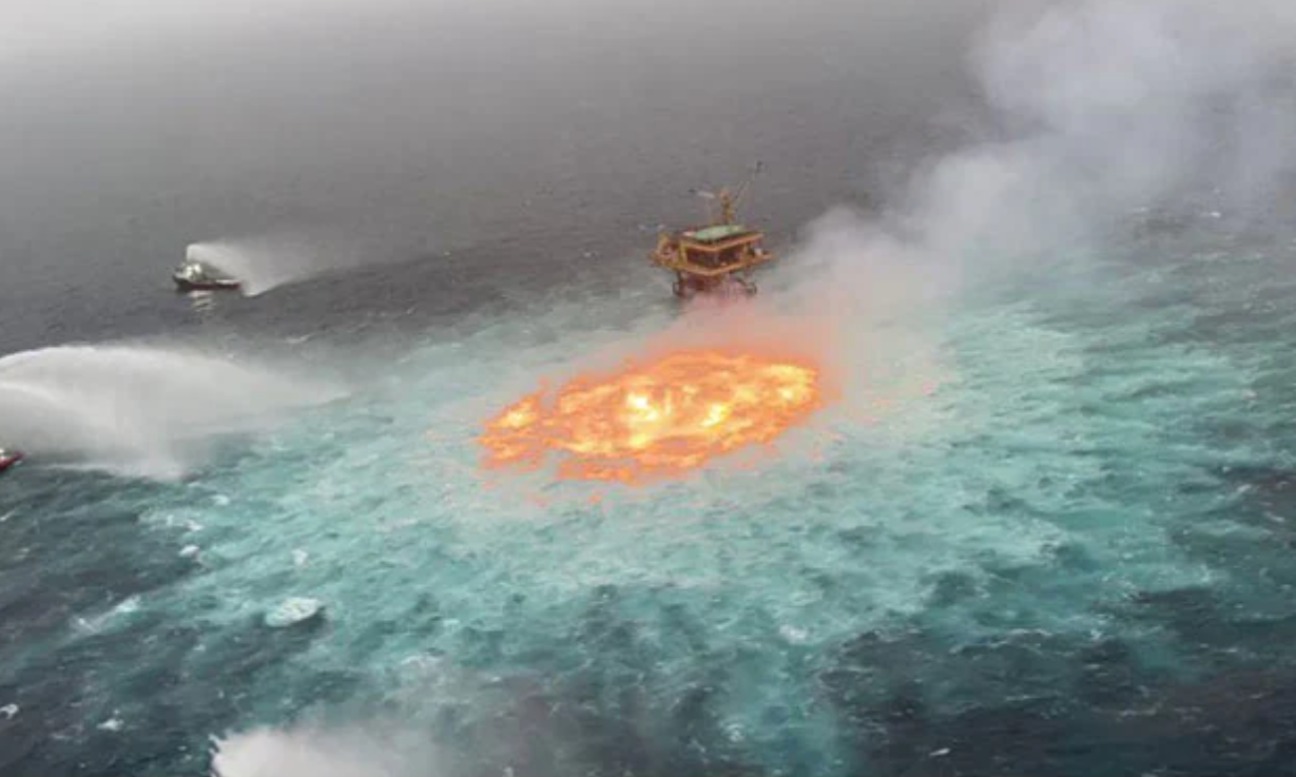 A fire on the ocean surface west of Mexico's Yucatan peninsula early on Friday has been extinguished, state oil company Pemex said, blaming a gas leak from an underwater pipeline for sparking the blaze captured in videos that went viral.

Bright orange flames jumping out of water resembling molten lava was dubbed an "eye of fire" on social media due to the blaze's circular shape, as it raged a short distance from a Pemex oil platform.