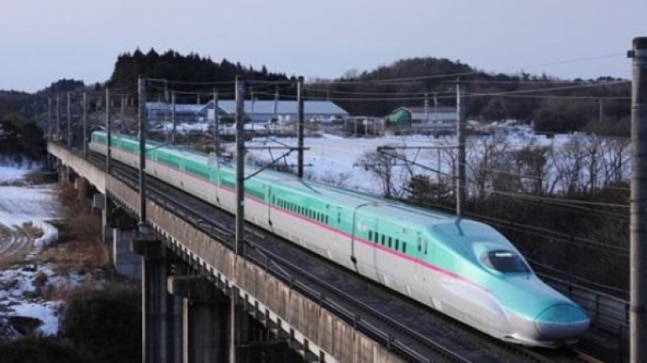 The first visuals of the E5 Series Shinkansen, also known as Japan’s bullet train, has been released by the Japanese embassy. The 508-kilometre MAHSR or the bullet train project has been sanctioned by the government with a target to be completed by 2023.

After the completion of the project, the distance between Mumbai and Ahmedabad will be completed in just two hours. The bullet train is likely to have a maximum speed of 350 km/hr.