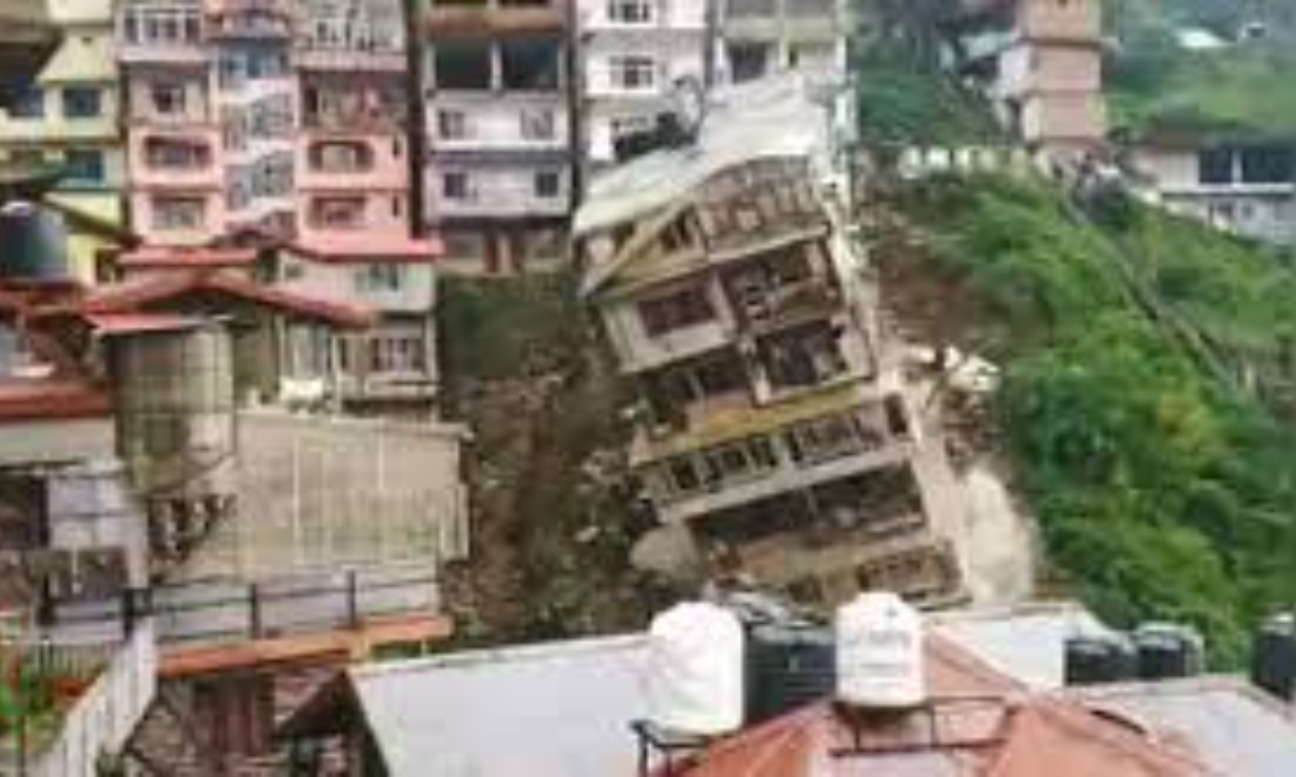 A four-storey building in Himachal Pradesh's Shimla district collapsed on Saturday afternoon, a senior state disaster management official said. The building collapsed in Chopal market around 12.30 pm. However, no loss of life has been reported as the building was vacated before it collapsed, he added.

A branch of UCO Bank, a Dhaba, a bar and some other business establishments were located in the building.