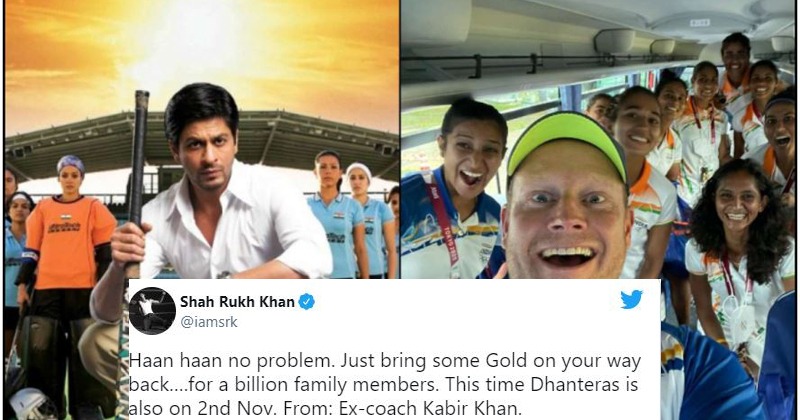 ‘Chak de, oh chak de India’, this is all that is echoing in the hearts of every Indian in every corner of the globe right now. The history that got scripted thanks to our Indian women’s hockey team is a moment that is etched in time. The Indian team beat Australia in a nail-biting match and fixed a seat in the Olympics semi-finals.

Indians all over are basically convinced that this iconic moment feels and looks like a scripted depiction of that iconic match scene from Chak De! India, and the coach of the team, Sjoerd Marijne, who is on cloud nine himself, is basically the ‘real life’ Kabir Khan who came alive on the field.