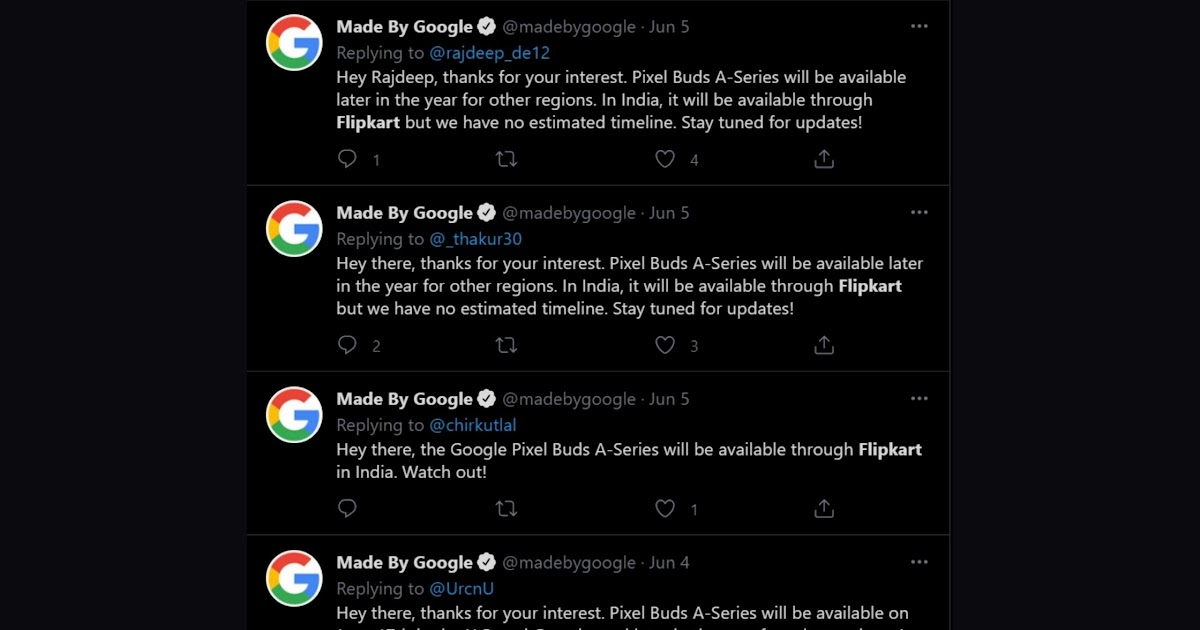 Google’s official Twitter handle  confirmed the availability on Flipkart. “In India, it will be available through Flipkart but we have no estimated timeline. Stay tuned for updates!” the tweet reads.