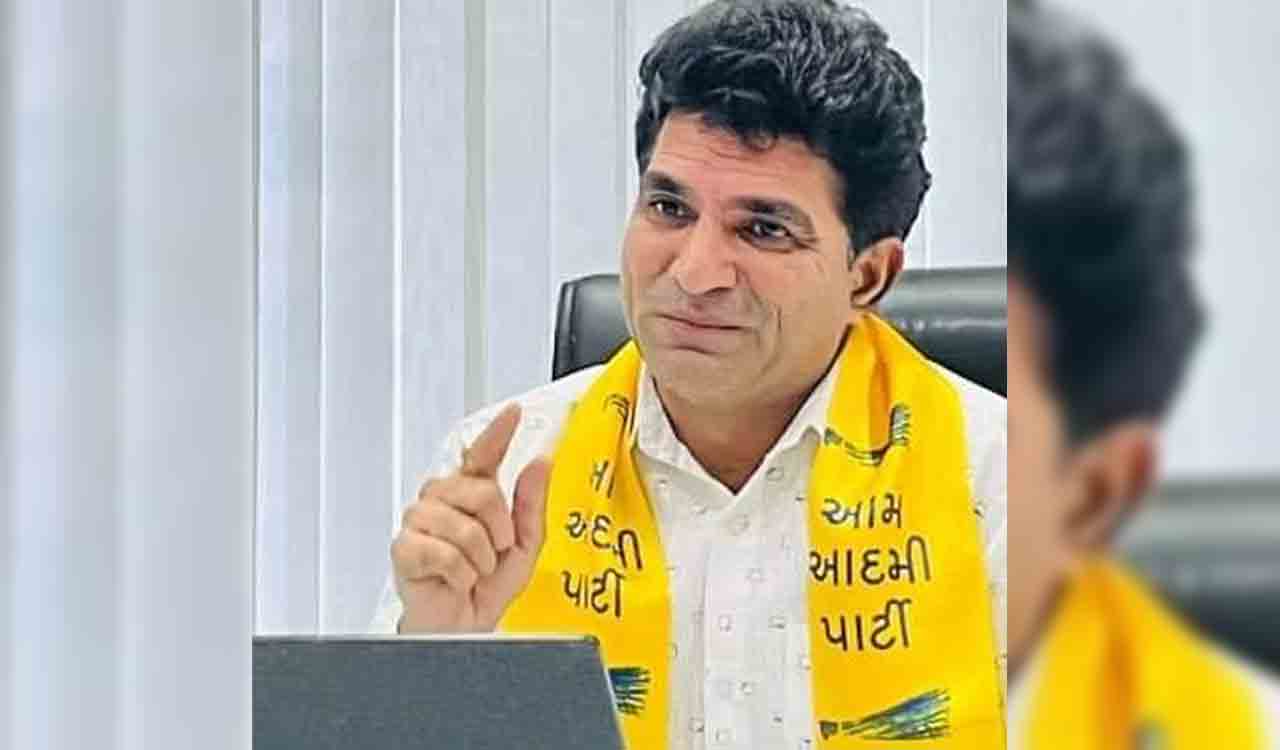 Ahmedabad: Aam Aadmi Party’s Gujarat chief ministerial candidate Isudan Gadhvi will contest the next month’s Assembly elections from Khambhalia seat in his home district of Devbhumi Dwarka, the party’s national convener Arvind Kejriwal announced on Sunday. Kejriwal made this announcement through a tweet. “Isudan Gadhvi, who for years raised his voice for farmers, unemployed youth, women, businessmen, will contest election from Jam Khambhalia! Gujarat will get a new and good chief minister from the holy land of Lord Krishna,” the Delhi Chief Minister said in the tweet in Hindi.