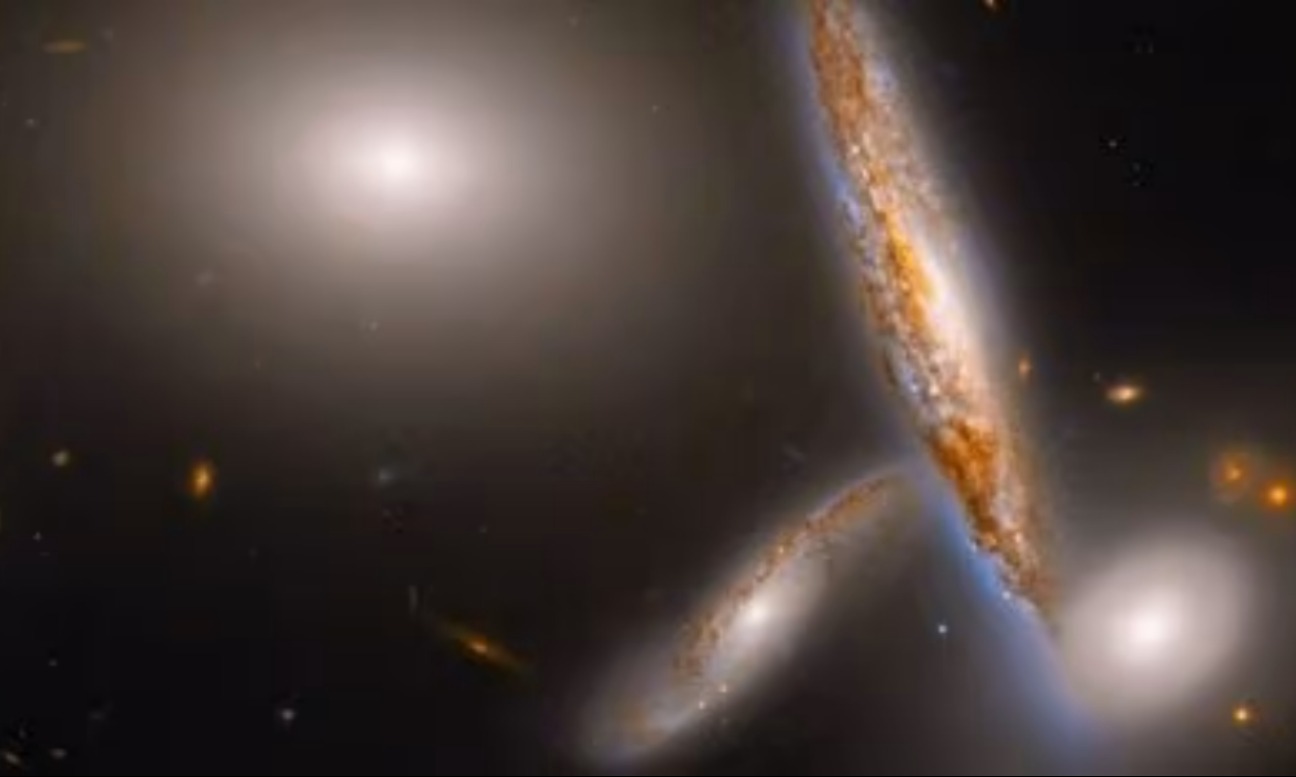 This eclectic group includes three spiral-shaped galaxies, a lenticular (lens-like) galaxy, and an elliptical galaxy. These five galaxies are packed particularly close together and would be able to fit in a region less than twice the length of the Milky Way’s stellar disk.