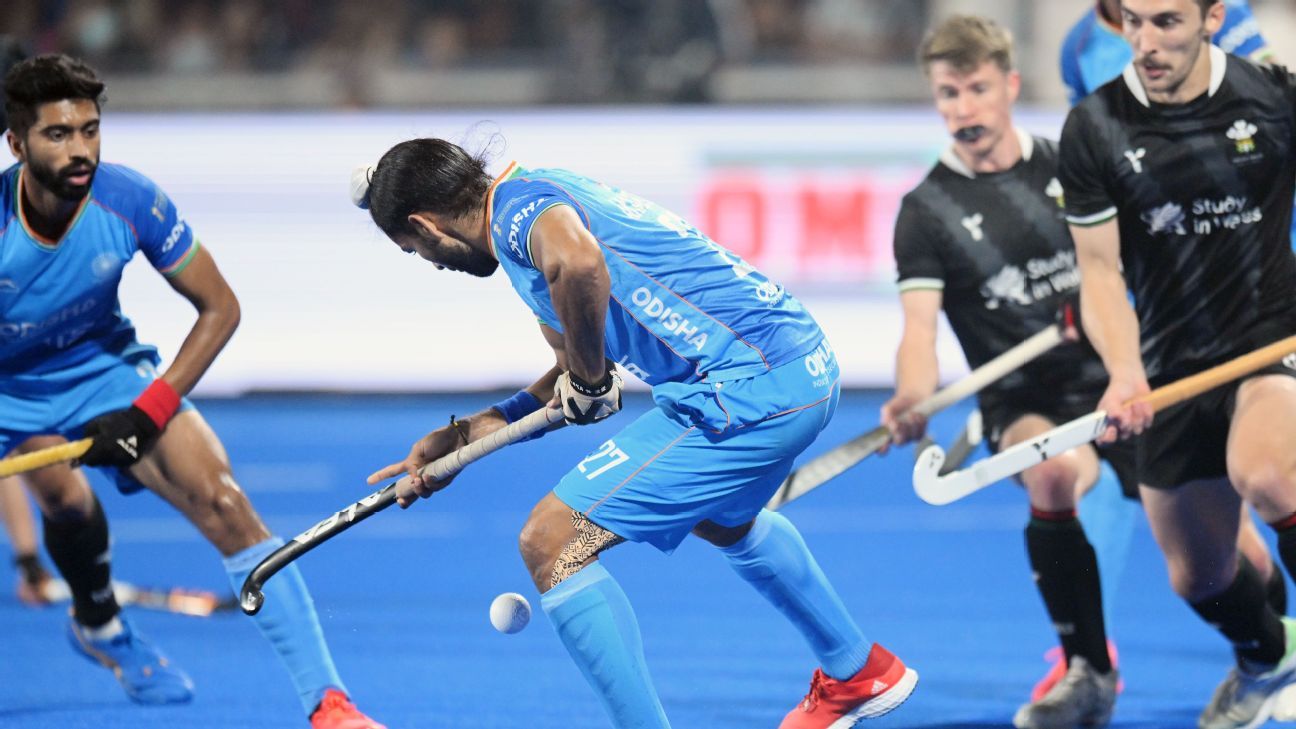 India defeated Wales 4-2 in their final Pool D encounter at the Hockey World Cup but were unable to top their group, with England topping the charts on goal difference. Earlier, England beat Spain by a 4-0 margin, which ramped up the pressure on India - with the hosts now needing to defeat Wales by an eight-goal margin to top Pool D. Consequently, India began the game in an attacking manner, however, Wales, clad in all-black, held their own.