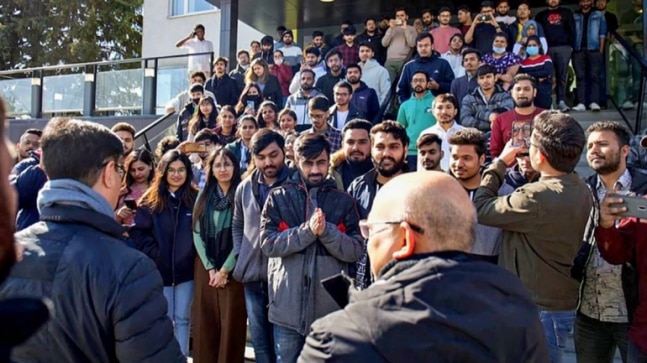 Russia's Ministry of Defense in a briefing said while Russia was trying to evacuate Indian students from Kharkiv the Ukrainian forces had taken Indians hostage.

In a statement by the ministry's official representative, Major General Igor Konashenkov said: "According to our data, in Kharkiv, the Ukrainian authorities are forcibly detaining a large group of Indian students who want to leave the Ukrainian territory and go to Belgorod."