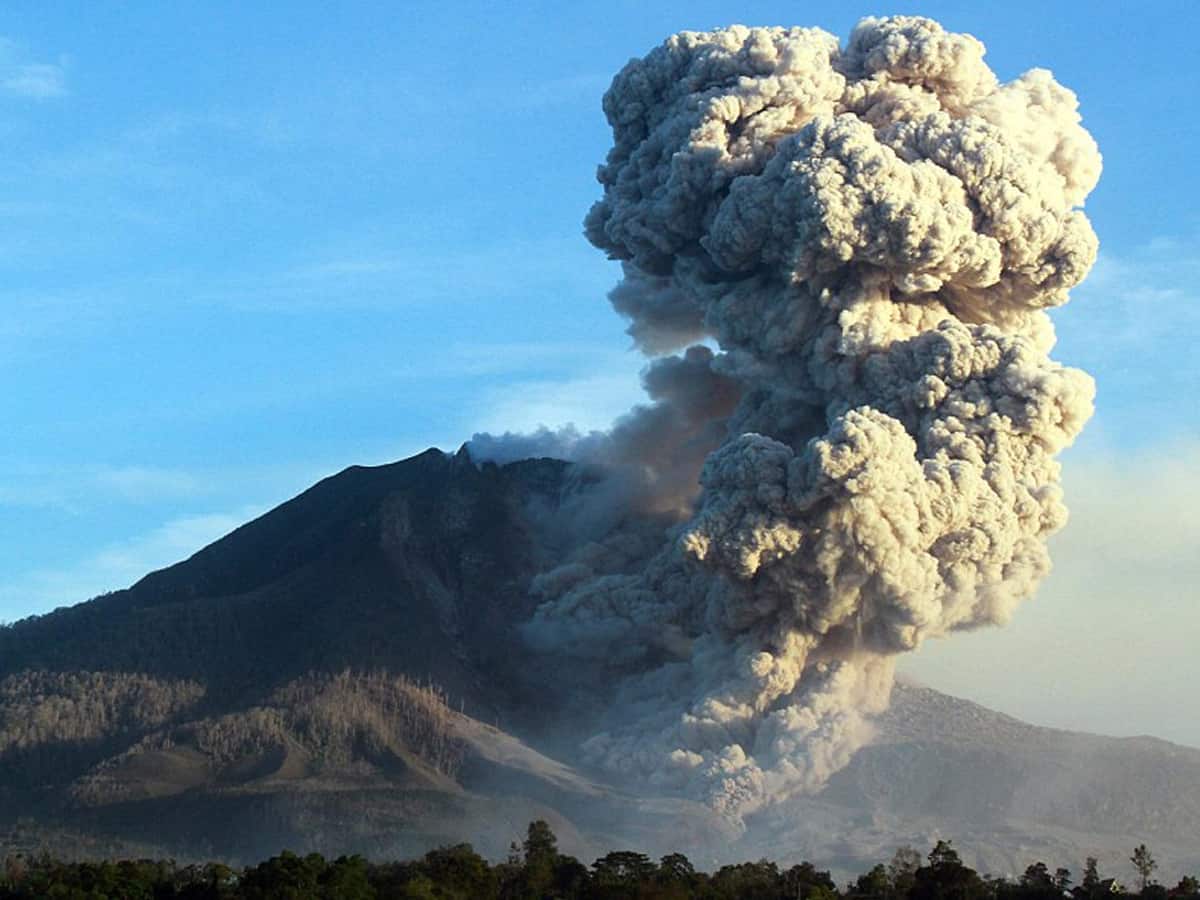 Planes have been prohibited to fly in the airspace above the hot cloud areas, as a volcano observation notice for aviation with the orange level was in effect.