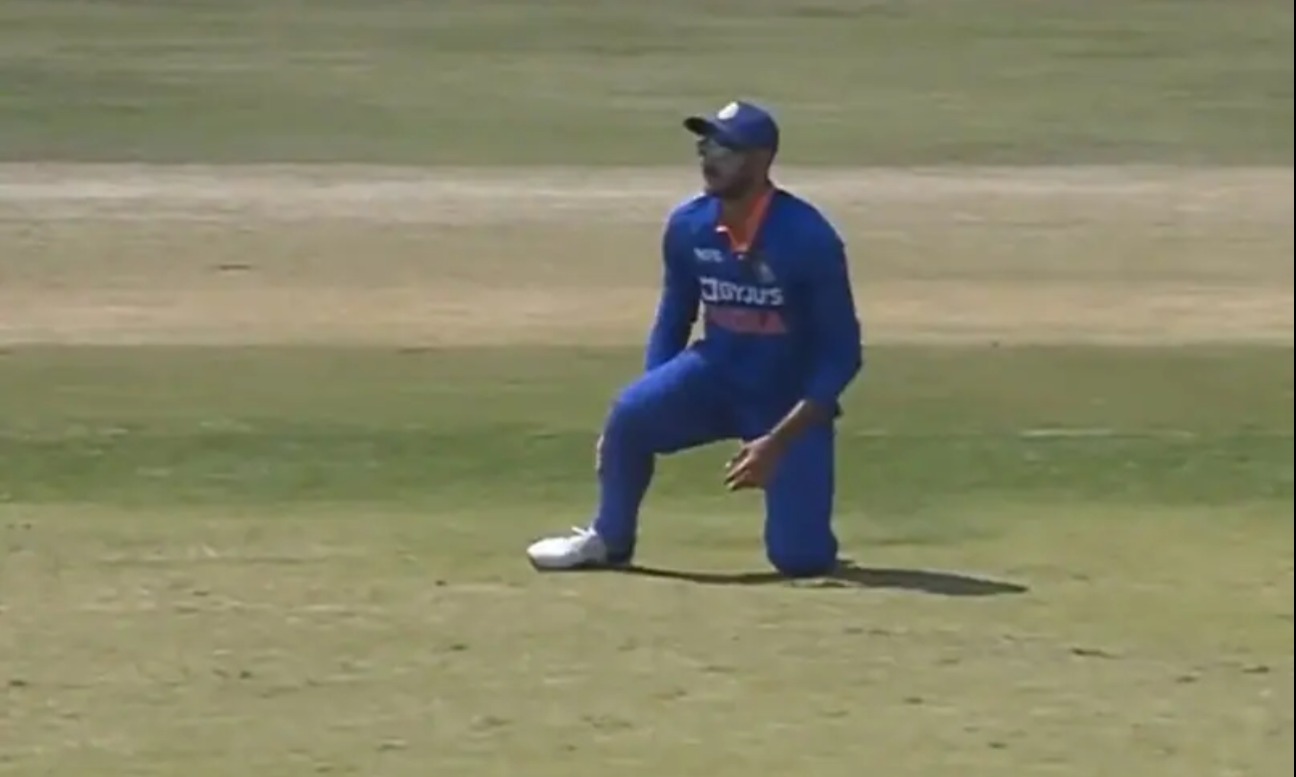 In the 28th over, Ishan Kishan stunned Axar Patel with a throw in the field, which hit the latter on his body. Deepak Hooda came into the attack and off his second delivery of his second over. Kishan charged quickly towards the ball and Axar Patel, who was standing at midwicket, had to squat down to protect himself from the ball.

However, Kishan's throw hit Axar on his body, and the all-rounder was quick to give a fiery look to the batter.