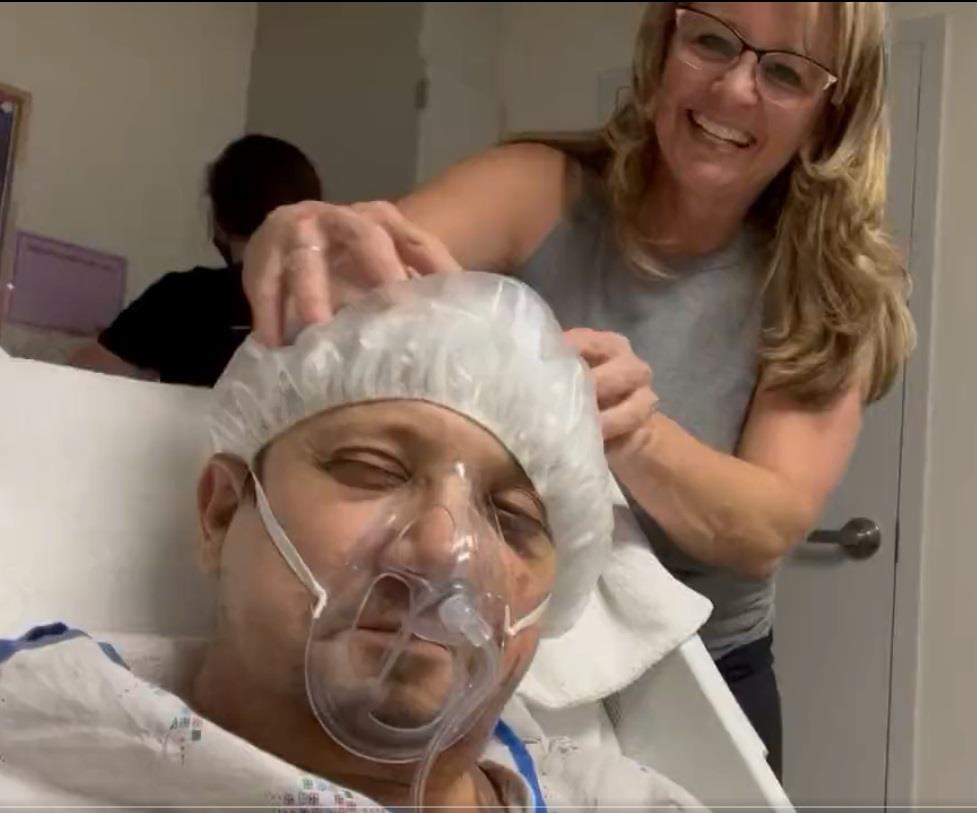 Sharing an update from his hospitalisation, Jeremy Renner took to his Instagram Story on Thursday, January 5 to show him enjoying an “ICU spa moment” after not having a shower for around a week. In the clip, Renner was seen lying in hospital bed and breathing out of an oxygen mask, with his swollen eyes barely open. He appeared to be in good spirits as his sister can be seen massaging his head. “He’s so sexy, yeah. Literally, look at all that blood,” Jeremy’s sister was heard saying.