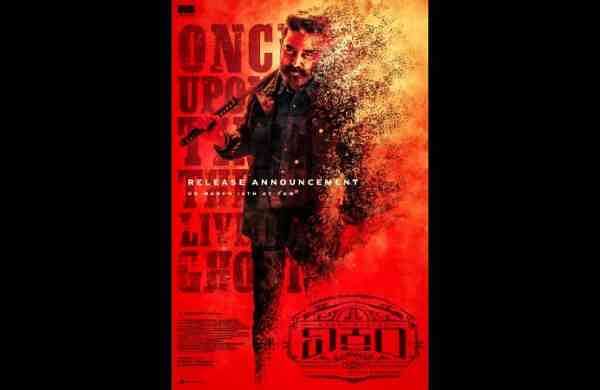 The team of director Lokesh Kanakaraj’s much-awaited action thriller, ‘Vikram’, featuring Kamal Haasan, Vijay Sethupathi and Fahadh Faasil in the lead, will hit the screens on June 3, its makers announced on Monday.

A few hours before the announcement, the actor also posted a tweet wishing the film’s director on his birthday. “Sweet birthday greetings to Lokesh Kanakaraj, who began as a fan, grew as a director and has now turned into a brother.”