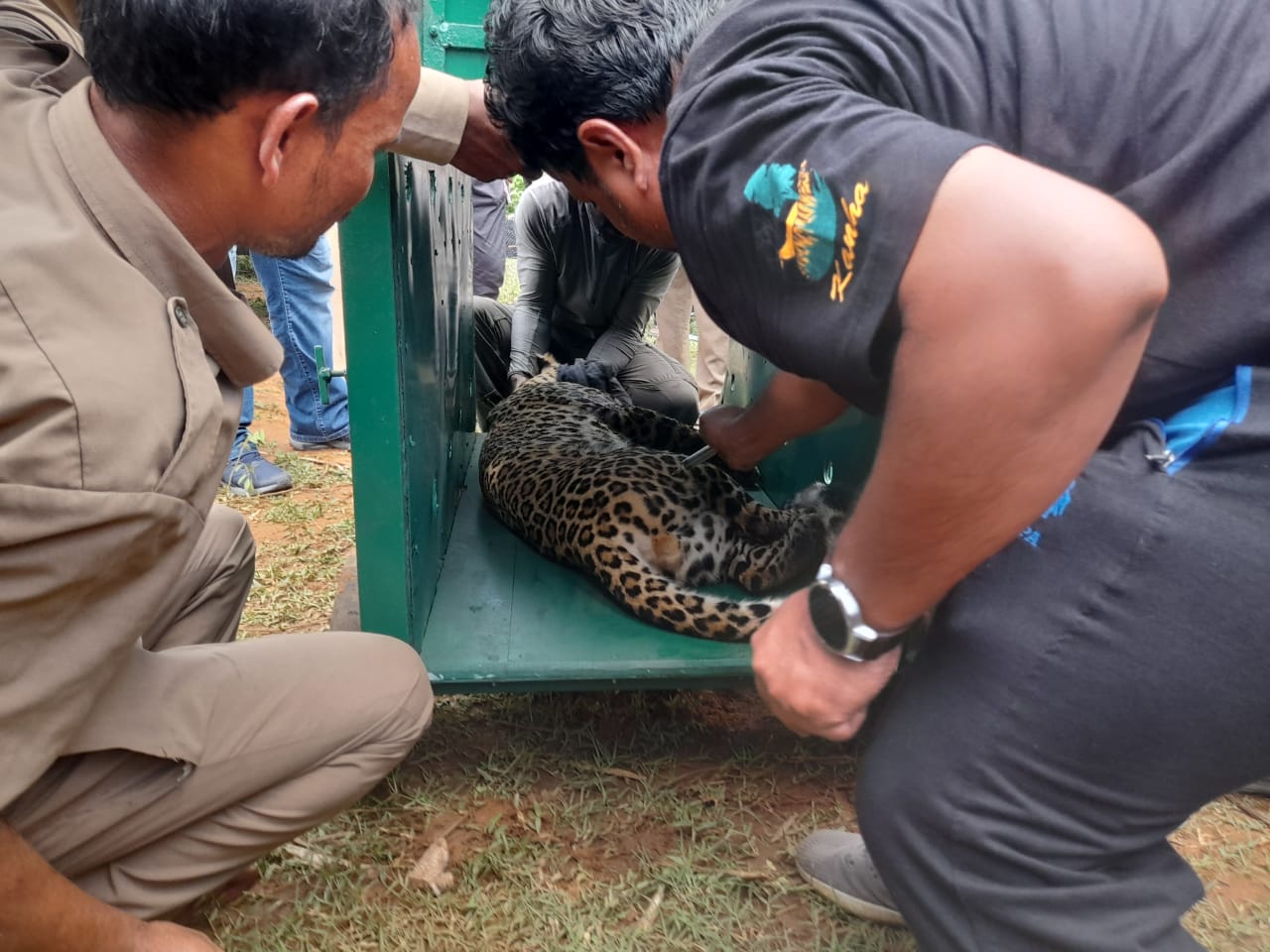 A leopard, who got trapped in a net laid by poachers, in Satkosia Reserve near Purunakot, was safely rescued by the forest department officials. According to reports, the incident came to fore after some locals reported that a big cat has got trapped in a net.

Soon, forest authorities reached the spot to rescue the animal. Subsequently, the veterinary doctor first tranquilised the leopard and the animal was rescued safely.