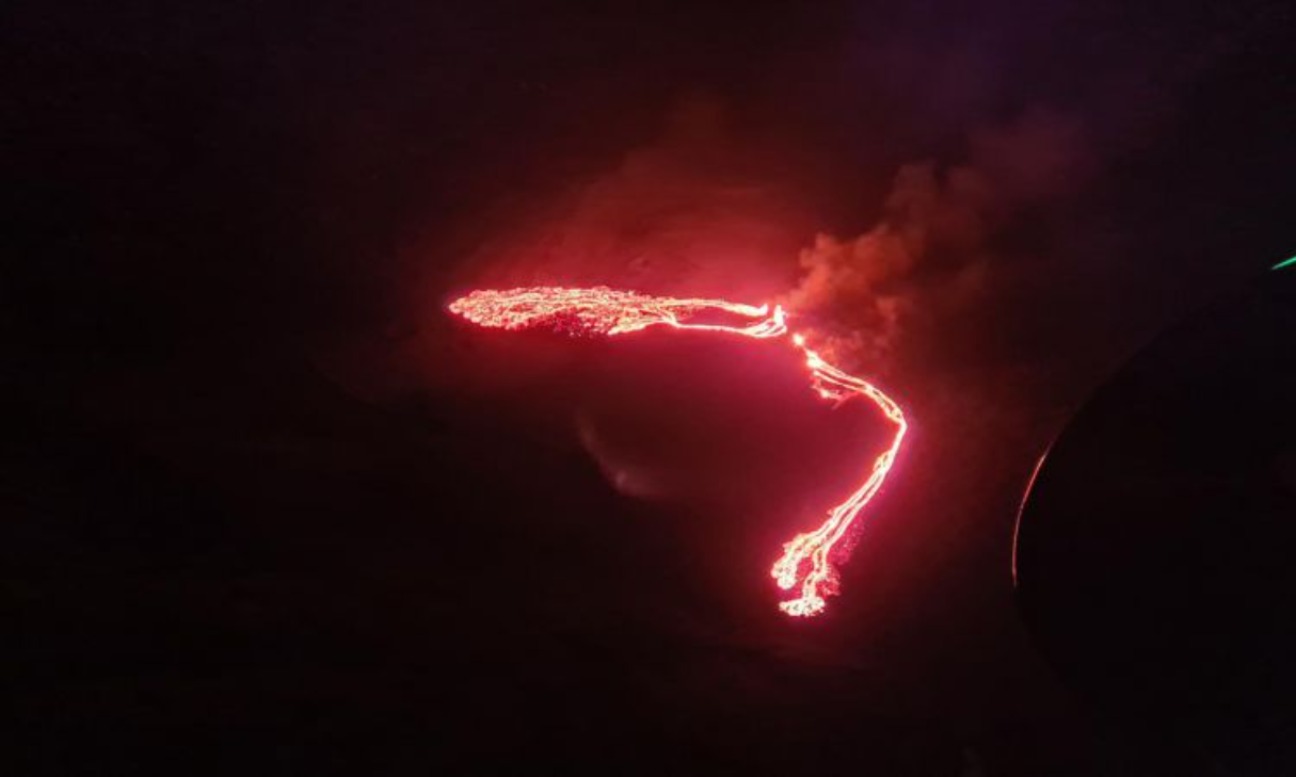 There is also a live stream from further away at Vogstapi, here, which clearly showed the red glow during the hours of darkness. RÚV engineers worked through the night to revive the previously-popular earthquake monitoring webcam and to re-orientate it towards the volcano. It was previously located on Borgarfjall when scientists believed an eruption was most likely at Nátthagi.