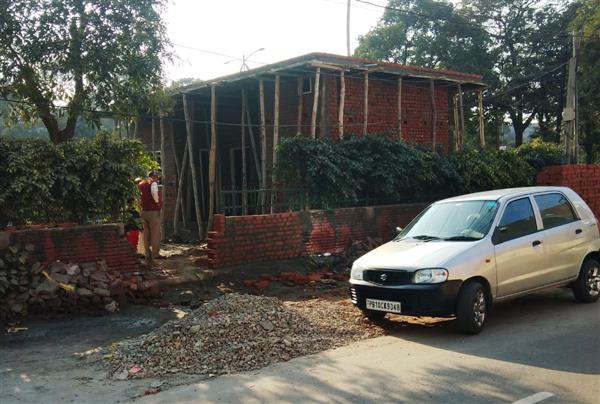 Opposing the construction of a building for a library in a public park near Manju Cinema, residents have raised objections and filed a complaint to the MC Commissioner. These residents said the public park should not be used for any other purpose.

In the complaint, residents alleged that six trees had been axed in Maharana Partap Singh Park, Nirankari Mohalla, for the construction of the library building. They had complained to the executive engineer against the axing of trees, but nothing was done.