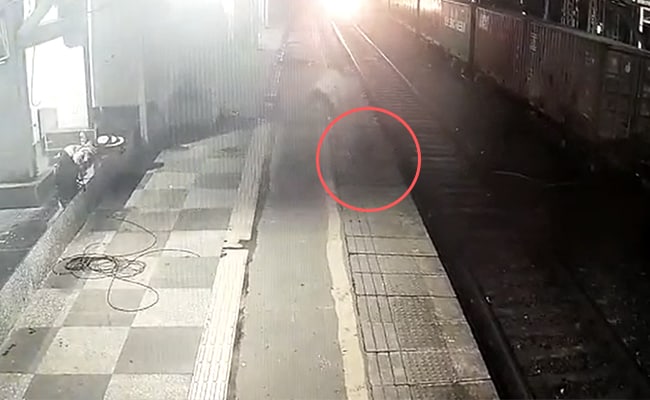 In a shocking incident, a woman was crushed to death after being pushed by a man onto the railway tracks under a moving train near Mumbai. Chilling visuals of the incident were captured on CCTV camera at the Vasai railway station.

The accused, who could be the victim's husband, fled the scene with her two children after the incident. In the footage, the woman is seen sleeping on a platform bench when the man approaches her and wakes her up.