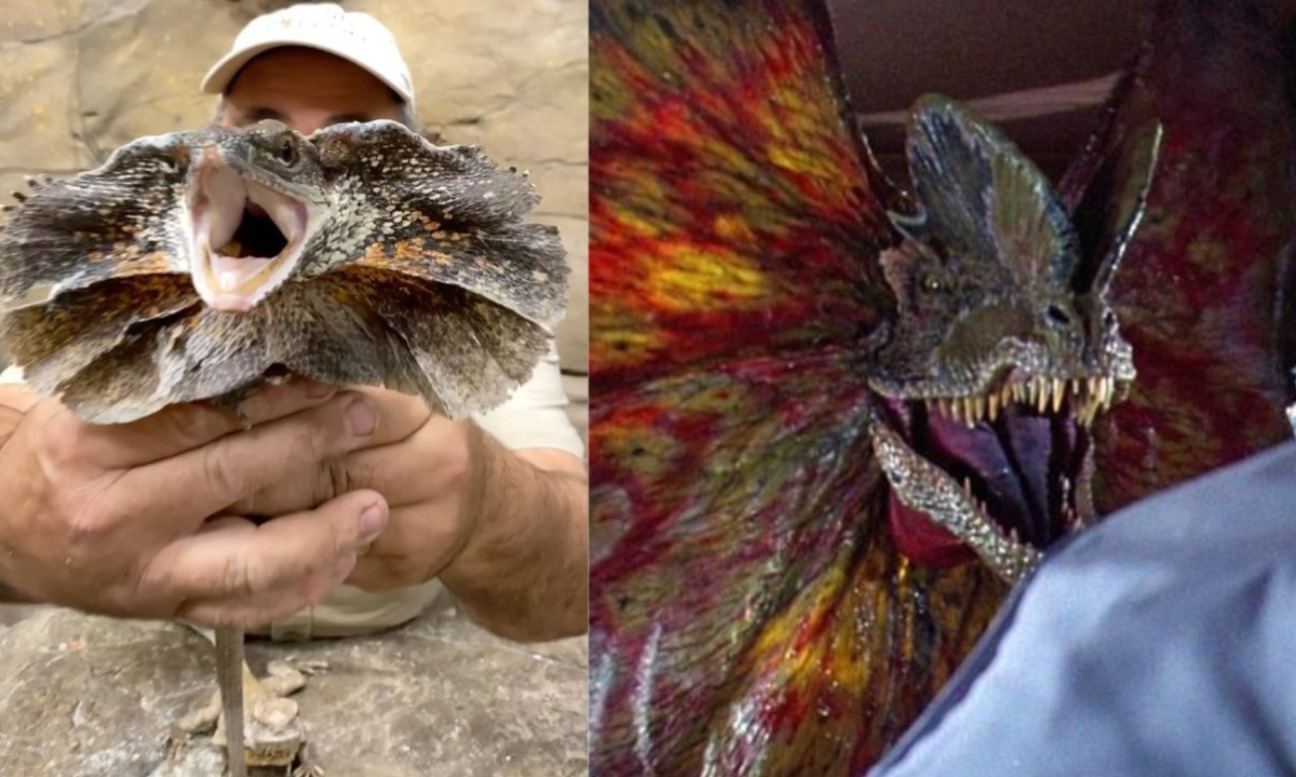 The frilled lizard, also known commonly as the frill-necked lizard, frilled dragon or frilled agama. It is known for raising its neck frill, or the extra flap of skin around its neck, in an effort to intimidate predators. These lizards live in northern Australia and New Guinea.

Upon seeing the raised neck frill of this lizard, some people think it’s venomous or that it spits poison at predators. In reality, this reptile is not venomous and has no poison to spit, unlike the dinosaur from Jurassic Park.