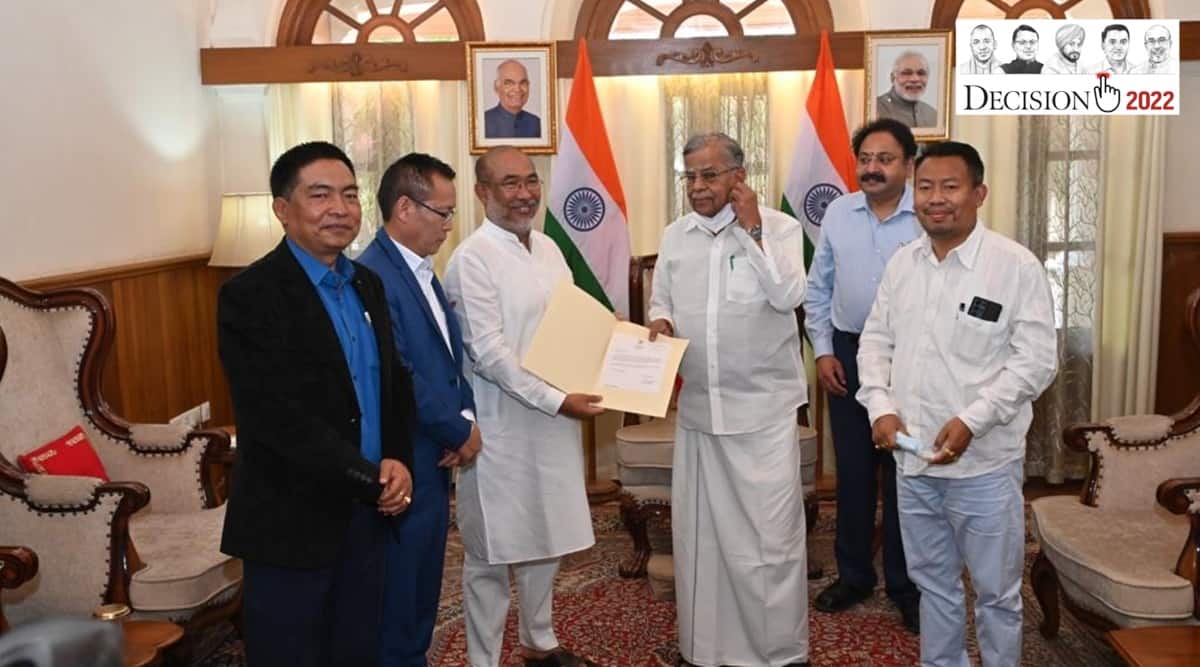 Accompanied by three of his cabinet ministers, Manipur Chief Minister N Biren Singh on Friday tendered his resignation to Governor La Ganesan. The resignation comes a day after the BJP won an absolute majority in the just-concluded Assembly election in the state, bagging 32 seats in the house of 60.

While the governor has accepted the resignation, he asked Singh to continue as the caretaker chief minister till the new government is formed.