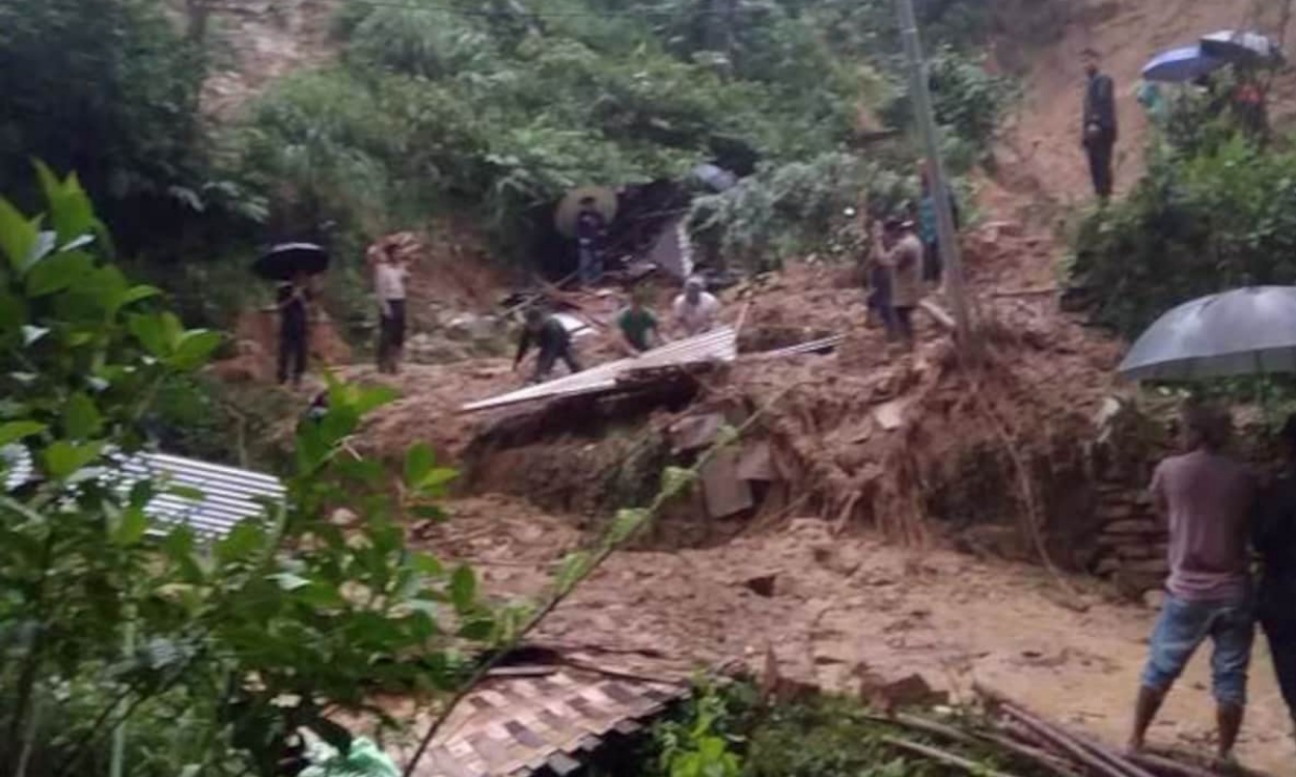 Six bodies have been retrieved so far and dozens are feared trapped under the debris, they said, adding rescue operations are underway.