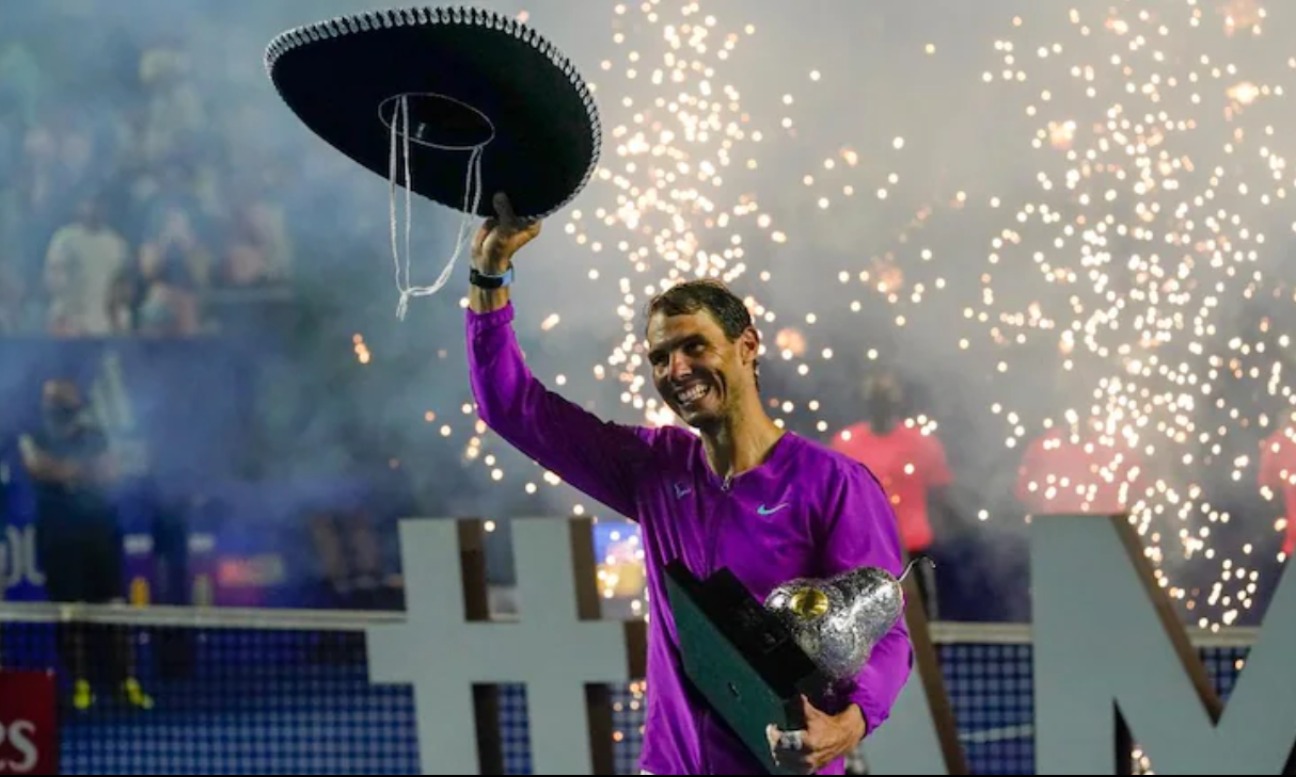 Rafael Nadal defeated Cameron Norris 6-4, 6-4 on Saturday to win the Mexican Open and extend his career-best start for a season to 15-0 as he won his 91st ATP title. The Spanish world number five has won 15 straight matches since returning from a foot issue that sidelined him for nearly six months last year.

Nadal, who won his third title in 2022, including the Australian Open for his record 21st Grand Slam singles title, is three victories from tying Ivan Lendl's total of 94 for third place for most championships in the Open Era.