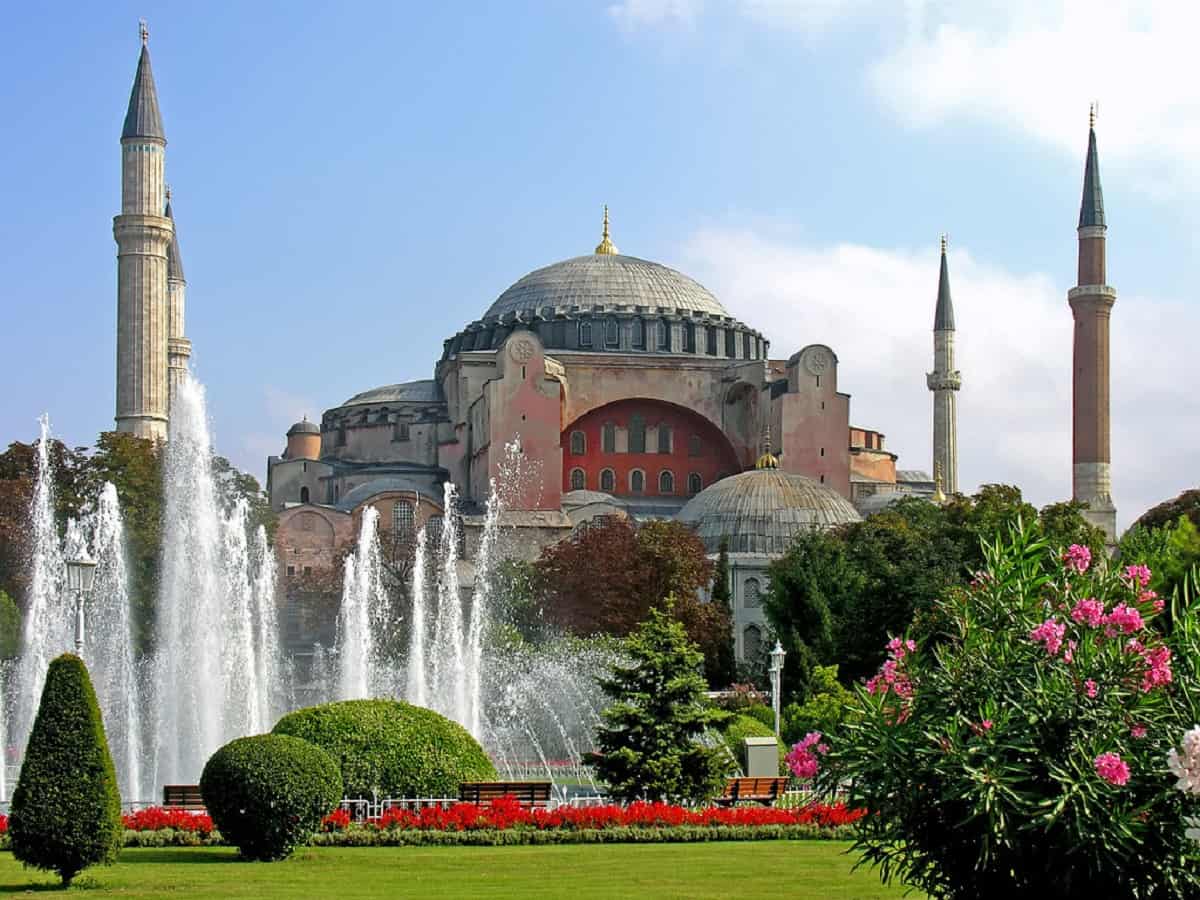 The majestic domed structure of Hagia Sophia in Istanbul has served as the Byzantine Empire's main cathedral, a mosque under the Ottoman Empire and a museum under modern Turkey.

Four minarets were added to the terracotta-hued structure and the building was turned into an imperial mosque following the 1453 Ottoman conquest of Constantinople, the city that is now Istanbul. The government was considering the possibility of keeping Hagia Sophia open to tourists even if it were turned into a mosque.