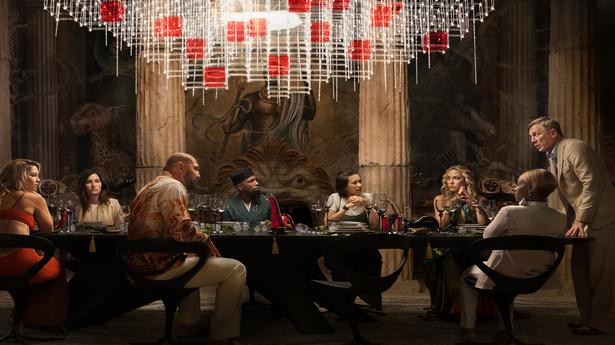 For the first time, major U.S. theatre chains will play a Netflix release after exhibitors and the streaming service reached a deal for a nationwide sneak-peak run of Rian Johnson's Glass Onion: A Knives Out Mystery.

Netflix announced on October 6, 2022, that AMC, Regal Cinemas, and Cinemark will all carry the Knives Out sequel for an exclusive one-week run beginning November 23, one month before it begins streaming on December 23.