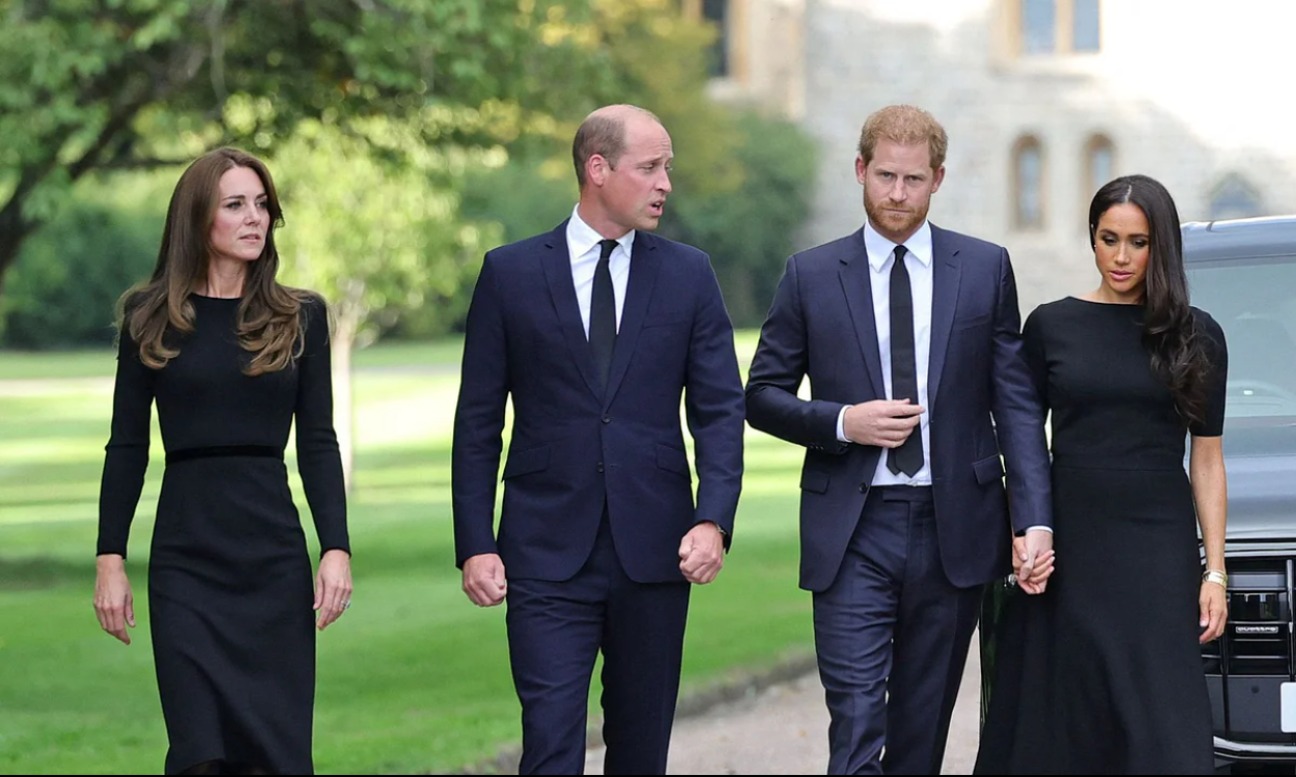 With the highly anticipated reunion of Prince William and Prince Harry along with their wives, due to Queen Elizabeth II’s death, came an influx of analysis of how the royals interacted with each other.

In it, Prince Harry was seen ushering his wife to their shared car, attentively opening and closing the door for her, while the Prince and Princess of Wales separately entered the car.