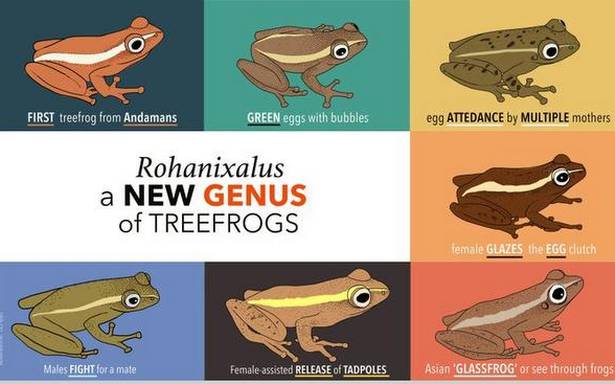 A new genus of the old world treefrog family has been discovered in the Andaman Islands and Northeast India, researchers said on Thursday.

A study led by Delhi University Professor S.D. Biju along with a team of researchers from India, China, Indonesia and Thailand, said this is for the first time a tree frog species, Rohanixalus vittatus, is reported from the Andaman Islands of India. The new genus Rohanixalus is named after the Sri Lankan taxonomist Rohan Pethiyagoda.