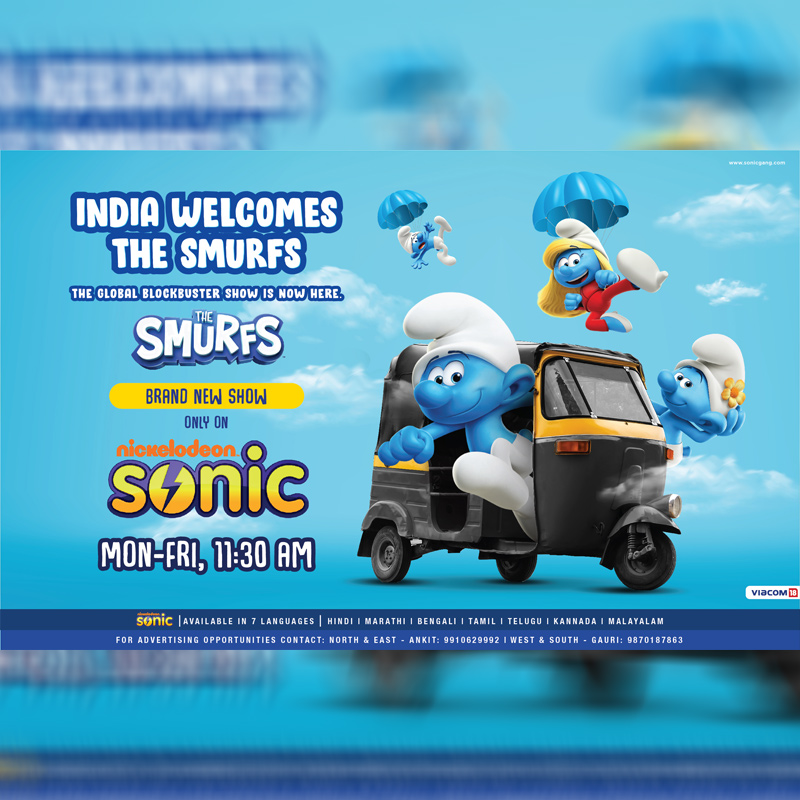 The popular international show, The Smurfs is making a debut on Sonic, part of India’s leading kids’ entertainment franchise Nickelodeon.

The show will start on 13 June 2022 from Monday to Sunday at 11:30 am. Created by Belgian comic book writer Pierre Culliford, also known as Peyo, in 1958, The Smurfs reside in a community of small, blue, human-like characters who live in mushroom-shaped houses in a forest.