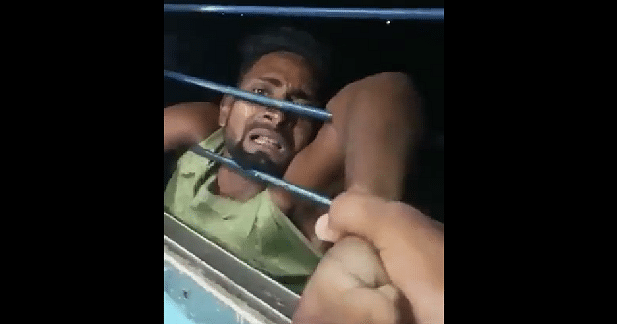 In the worst nightmare for any thief, a man trying to snatch a mobile phone from a train passenger through the window was left hanging outside, apologising, as passengers pulled his arms in, helping him live, but also scolding him.

The train in the video was nearing the end of its journey from Begusarai to Khagaria when the thief made an attempt to steal near Sahebpur Kamal station. However, his plan failed after an alert passenger grabbed his arm instead.