Over 350 elephants found dead in Botswana 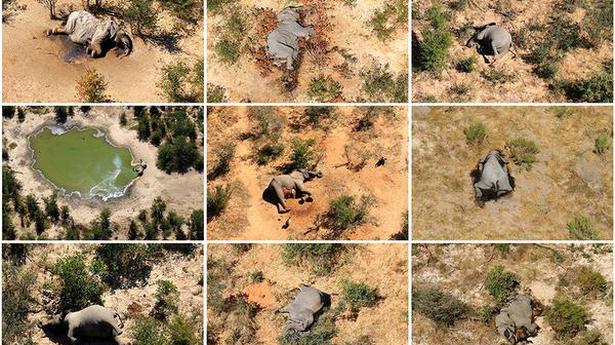 Hundreds of elephants have died mysteriously in Botswana’s famed Okavango Delta, ruling out poaching as the tusks were found intact. The landlocked southern African country has the world’s largest elephant population, estimated to be around 130,000. The cause of the deaths was yet to be established with anthrax having been ruled out. Samples have been collected and sent to South Africa, Zimbabwe and Canada for testing.

“One elephant was observed walking in circles, unable to change direction although being encouraged by other herd members.”