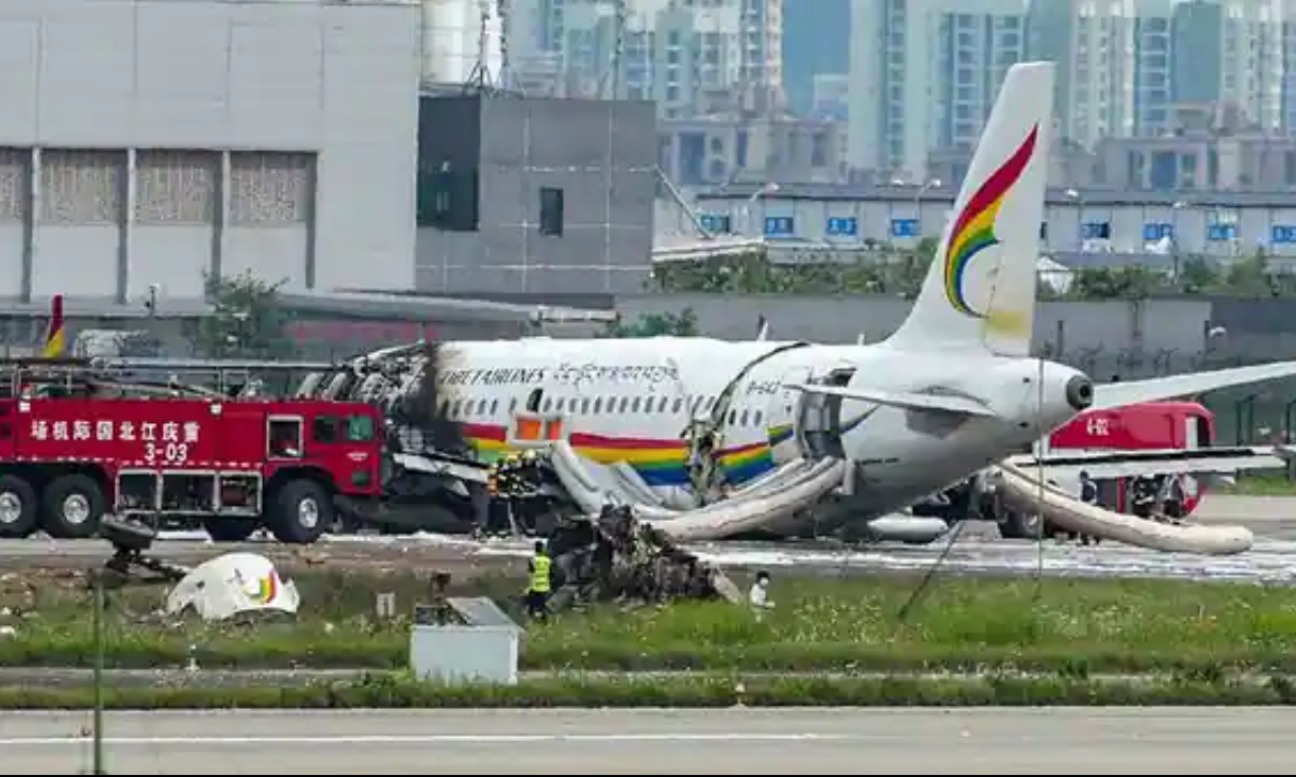 A Tibet Airlines plane caught fire Thursday morning at China's Chongqing airport after going off the runway, state media reported, adding there had been some injuries among the passengers.