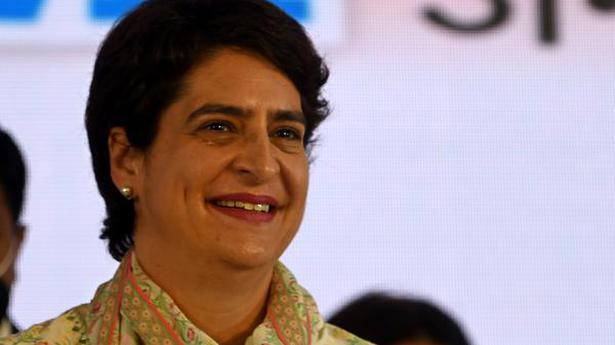 As Priyanka Gandhi tried to suggest it is a general issue of what women can wear and not uniform in schools and colleges, a journalist questioned her back, “But how bikini is relevant to school?”

Caught red-handed diverting the topic Gandhi tried to intimidate the journalist and said, “I am telling you to remove the scarf. Remove the scarf.”  The journalist said he was not in an educational institution but in a press conference, to which Gandhi said, “Do I have the right to tell you what to wear?”