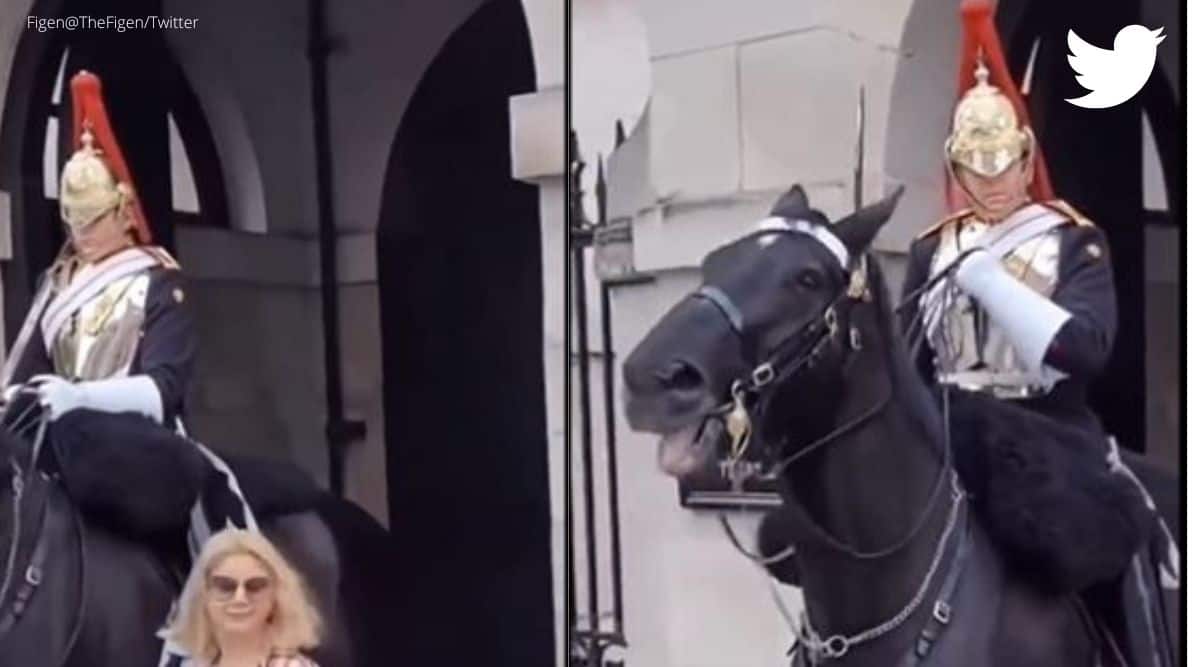 A British Royal guard on horseback was filmed yelling out at a woman tourist who came close to the horse outside Buckingham Palace. The reaction of the Queen’s guard has gone viral and has set the stage for heated discussions among netizens.

After noticing the woman touching his horse’s reins, the guard screams out aloud prompting the startled woman to move away. He is heard saying, “Stand back from the Queen’s lifeguard, don’t touch the reins!”